6 of the Best Logitech Noise-Cancelling Headsets You Should Consider

If you have to make or receive a lot of phone calls at your job, there are two things that you need to worry about: your manners and your headset! This article doesn’t touch on the issue of manners, so perhaps you should look elsewhere for that. But if you’re looking to up your headset game, then keep reading to know more about six of the best Logitech noise-cancelling headsets that you can replace with your old, grimy, and screechy-sounding headset for a more comfortable work experience.

Let’s start the list from the most affordable option, and we will work all the way to the more premium headsets. 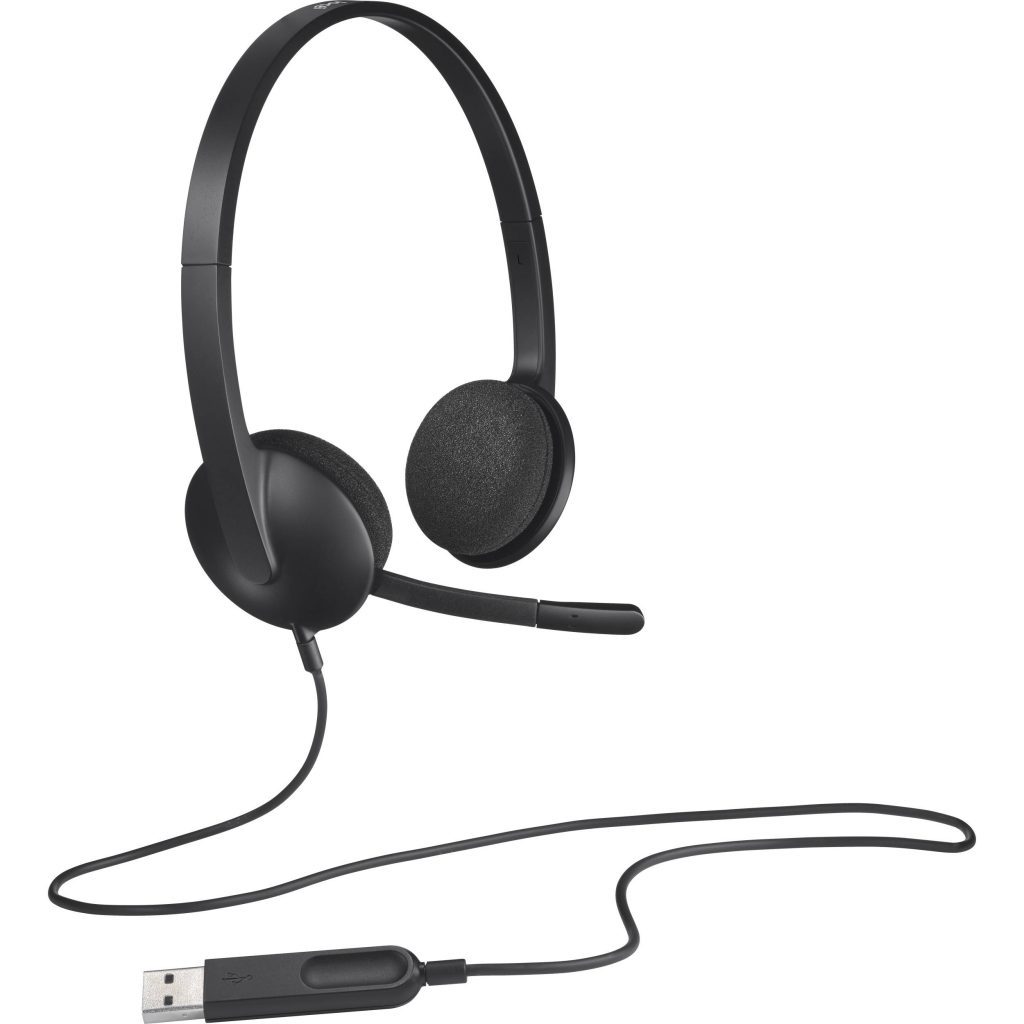 H340: A great choice for a small budget

The most affordable option on the list will offer you balanced sound with in-line audio and microphone controls. This Logitech noise-cancelling headset provides a simple plug-and-play USB-A connection and a long 180cm cable that allows you to stand up and stretch freely during long conversations. The stereo drivers are also more than capable of providing you with decent audio when you want to kick back and listen to some tunes in between calls.

H340 is also very lightweight, and the headbands are adjustable to get the right fit for your head. But the main reason why you would want this headset is the swiveling microphone, although not because of the swiveling! The background noise cancellation and the overall quality of the microphone punches well above its weight. 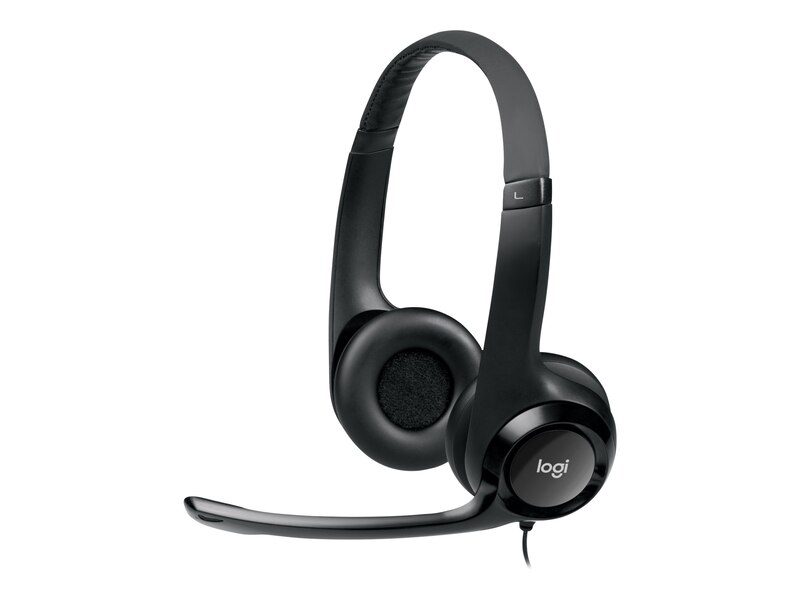 H390: For those looking for an economic upgrade

With soft cushions in the ear cups and a lightweight design, the H390 was made to be worn all day! Although your head and ears won’t complain about wearing this Logitech noise-canceling headset all day, your spine might. So, if you want to get up from your desk to move around and stretch a little bit, the extra-long 2.3-meter cable might even let you jog to your local grocery store and back without skipping a beat on your call (don’t hold me to it though). The laser-tuned stereo drivers also make sure that people’s voices are balanced and your music sounds clear.

The H390 also offers crystal clear microphone input as, perhaps, its main feature, and is accompanied by a boom that you can tuck away when you are not using it. The in-line mute switch and volume controls are also present in this Logitech noise-canceling headset for quick adjustments on the fly.

The main difference between the H340 and the H390 is in the design; the H340 has a more simplistic design with foam earcups and metal across the headband, while the H390 offers padded swiveling leatherette ear cushions as well as another synthetic leather coating on the top of the headband. The H390 overall has a slightly more nuanced design, but choosing between the two could easily come down to preference. 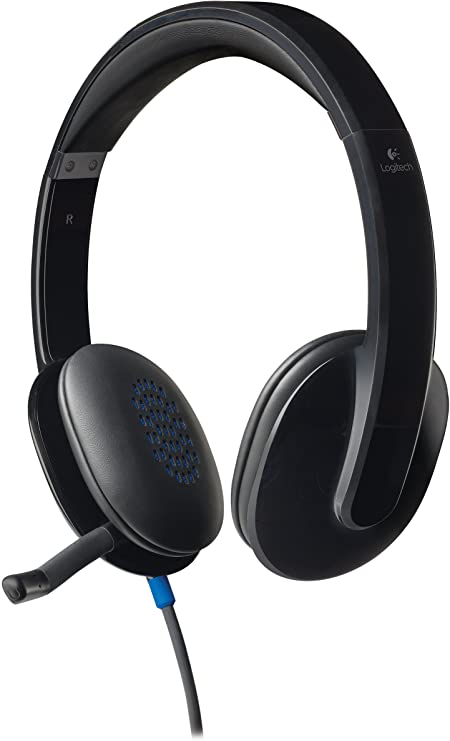 H540: The wired option that places comfort above all else

With extra-large paddings on the ear cup and a super-lightweight design, the H540 puts special emphasis on comfort. Nevertheless, this Logitech noise-canceling headset’s built-in equalizer also ensures that audio quality is not overlooked. The in-line controls are found on the right ear cup, so it’s a bit more accessible than having it on the cable. There’s also an indicator light on the cord to show you when the noise-canceling microphone is on mute. Speaking of the microphone, it can also swivel out of your way when you are not using it. 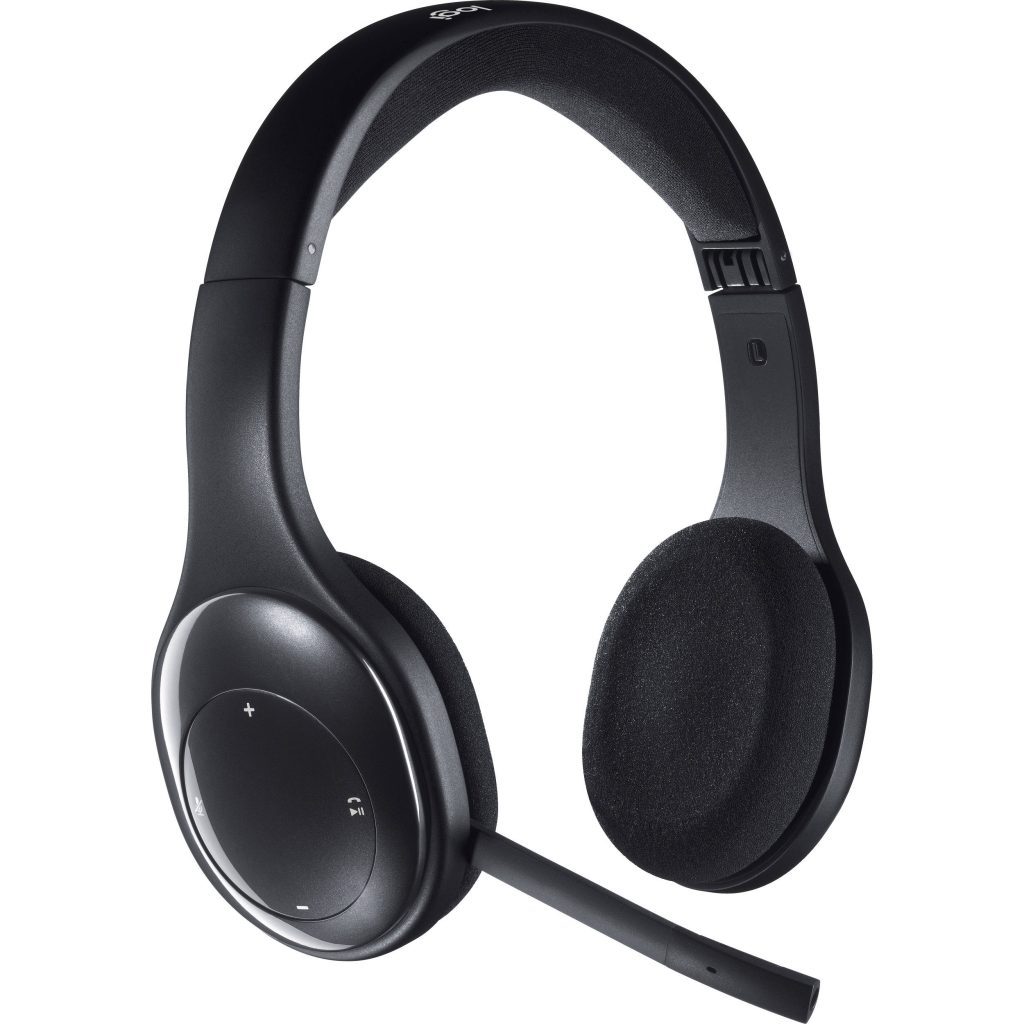 Now we delve into the realm of Logitech’s wireless offerings, starting with the very versatile H800. Unlike the previous headsets, H800 allows you to connect to your PC instantly by plugging in the USB nano receiver or by connecting it to your phone or tablet using Bluetooth.

While the previous Logitech headsets offered plenty of room to go around the room while still connected to your PC, the H800 allows you to go as far away as 12 meters from your USB nano receiver or your Bluetooth-connected device. Moreover, with this Logitech noise-canceling headset, you have more granular control on your audio with four on-ear buttons to adjust volume, play/pause/answer calls, and mute the microphone.

All these features aside, there’s a trick up H800’s sleeve, or should we say…earcup! While the right ear cup is where you’ll find the buttons, the left ear cup is where you won’t find the nano receiver, because it’s hidden inside it! Also notable about this headset is that each side of its headband folds in half to make this lightweight headset much more portable. You can also find the same soft padding on the headband for added comfort. 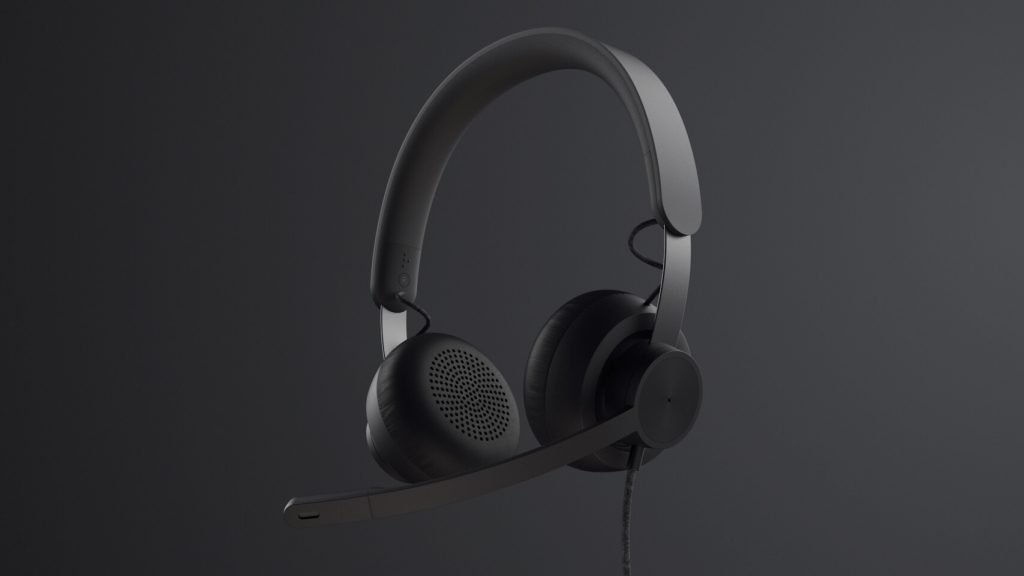 Zone Wired: The premium Logitech noise-canceling headphone with a microphone

First and foremost, what you need to know is that this is a very comfortable headset. We will get to the other features, but this very important feature of this Logitech noise-canceling headset must not fly under the radar just because it’s not on the spec sheet. Although it’s perhaps worth it to mention that it is the material this headset is made out of that delivers this level of comfort and style. The lightweight Zone is designed to be worn all day without causing discomfort; the memory foam earpads and the silicone head cushion makes sure of that. The metal headband also certainly doesn’t hurt the overall look of the headset!

There is also a set of generous 40mm drivers in the ear cups that provide crisp highs and full lows whether you’re on a conference call or listening to music. While the Active Noise Cancelling functionality has been reserved for the Zone Wireless, the fit and cushions of the Zone do an excellent job of blocking out a good deal of the background noise.

This Logitech noise-canceling headset also provides access to all the in-line controls you need and a couple of extra features. You have your standard volume control and mute switch, as well as a play/pause button and a button designated for answering calls. In collaboration with Microsoft, there’s even a special version of the Zone headset that lets you open up Microsoft Teams with the press of a button on the in-line controls (some may argue that this isn’t quite useful, but the big takeaway is that Logitech really wants you to know that the headset was made to be primarily used for remote meetings).

If you’re looking for a premium headset with a top-notch noise-canceling microphone to wear all day at your desk with no complaints, look no further than the Zone. It’s on the pricier side of things, but the build quality, comfort, sound quality, and crystal-clear microphone input make the Zone well worth the asking price.

Zone Wireless: The best Logitech headset for working from home

The Zone Wireless and Zone Wireless Plus offer the same goodies as the standard Zone, with a few extra features. The most obvious change is the fact that, well, these don’t have wires! As you may have anticipated, a lack of wires means that the in-line controls are now on-ear controls, which arguably makes them more accessible since you don’t need to see where they are before operating them.

The microphone mute switch on these two models is now on the boom itself, which is an additional way to mute yourself during calls besides the swivel-up-to-mute function that already existed in the standard Zone overview. Moreover, the retractable metal headband now folds to take up less space in your bag or pouch or whatever you may be carrying the headphones in. The padded earcups are as comfortable as ever, and the overall design is also just as premium as expected.

The Zone wireless features something that one might say is a first in headsets: Qi wireless charging compatibility! Yes, this is the same Qi wireless charging tech that had for so long been reserved mostly for our phones and watches, making perhaps its first appearance in the realm of headsets. The wireless charging pad does not come in the box, but it sure is an extra value that you’d be getting if you choose to purchase it.

In a similar fashion to the standard Zone, you can install an app on your smartphone to control certain headset functions, such as tweaking the equalization. It’s important to note, especially for those who connect multiple devices to their laptop or desktop, that the Zone Wireless and Wireless Pro can connect to one Logitech Unifying Receiver, which is capable of simultaneously connecting up to 6 Unifying Receiver enabled devices to your personal computer.

Based on our discussion in this article, you can see that there is a Logitech noise-canceling headset for anyone with any budget. But if you don’t feel like you found what you were looking for on this page, perhaps you should check out some of Logitech’s other headsets. And if you did find something to your liking, we’re glad we could help out!

If you are interested in learning more about other best Logitech noise-canceling headsets or the other Logitech products Newcom offers, be sure to check out our products page. You can also always get in contact with us if you would like additional help from one of our team members.

What is Rapoo Multi-Mode Wireless technology?