Google has released the developer preview of the latest version of Android for anyone who has a Pixel 3 or above.

The headline feature of this version of Android is the Material NEXT design bringing major changes to the overall look and feel of the OS. It’s about time we got some love given to the design as the Material Design has been, for the most part, unchanged since its introduction with Android 5. While we are very excited to see how the look of the OS will be changing…there’s not a whole lot more to be excited about! Other than the design changes, there are a few tweaks here and there but in terms of privacy and performance, not much seems to have changed.

Starting off with the headline of this release, let’s talk about the design changes in Android 12. Samsung’s One UI seems to have inspired Google a bit with this release, because if you look at the settings menu in Android 12, you will see banners in many pages that take up the top half of the display, making the now bigger icons, even easier to reach with one hand (also, the settings menu looks bluer now for some reason!). 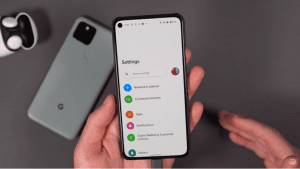 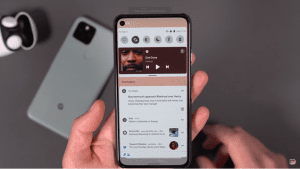 There have been some smaller changes too. For example, you will be able to take scrolling screenshots (even though you need some tweaking to get it to work in this version), share your WiFi password, take control of which media applications display controls in the notifications; other additions include HEVC video support and a few even more minor ones.

One thing is for sure though, and it is that the screenshots leaked for Android 12 look very dissimilar to what we have right now. That doesn’t mean it won’t get more similar as time goes by and more developer previews and public betas roll out. But for now, there doesn’t seem to be too much difference except for the design, which we had been waiting for, in fact for quite some time. 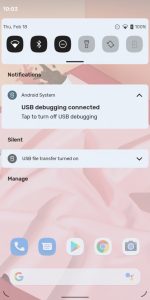