With more than 2 billion monthly active users, WhatsApp was considered the most popular messaging app by January 2021. The app’s usage penetration was particularly strong in markets outside of the United States, and it was said to be one of the most popular mobile social media apps worldwide. However, everything changed after the most recent update to WhatsApp’s Privacy Policy. Here is everything You Need to Know About the Changes to WhatsApp’s Privacy Policy 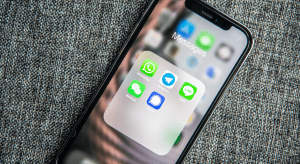 The type of data they can share includes a user’s phone number for their WhatsApp account, their profile name and photo, the people with whom they have been communicating, and last but not least, the financial transactions they have made over the app. The statement also reads:

Naturally, this controversial announcement faced massive backlash from people in different countries around the world. As the result, WhatsApp was left with no choice other than delaying the launch of its new privacy policy to May 15 and take the time to clarify how the new privacy policy would affect people and their personal information. Since then, they have repeatedly announced that they are not able to read or listen to people’s conversations in WhatsApp since the communications are end-to-end encrypted (E2EE) and that many of the new privacy policy changes only apply to the features WhatsApp provides to businesses.

However, there is still the issue of metadata. WhatsApp and Facebook might not be able to read or listen to users’ conversations due to encryptions, but they can still see your contacts, private information about your device, who you text to, and when you text. Compared to other apps like Facebook, Messenger, Google, Instagram, Snapchat, and TikTok, WhatsApp collects very little data. But when you compare it with other messaging apps such as Signal, Telegram, or iMessage, WhatsApp clearly collects too much private information.

In addition to that, Facebook, the parent company of WhatsApp, has never had a good reputation when it comes to maintaining user privacy, so it is only natural for people to get worried about their privacy. And some publications are not shy to point that this has been a privacy issue for a very long time!

Last but definitely not least, various news outlets recently revealed that even Mark Zuckerberg, CEO and co-founder of Facebook, is an active user of Signal, a messaging platform that has been promoted as a secure, private, and suitable alternative to WhatsApp. Naturally, many have been angered by this information, given that Facebook and WhatsApp have consistently alleged that the new privacy policy, which concerned large numbers of people, poses no threat to the safety and privacy of their information.

Given that WhatsApp is seemingly still determined to launch its new privacy policy and has clearly said that it will stop supporting those who fail to agree to it after May 15, what remedies are available to those who refuse? 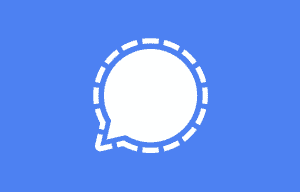 According to reports, messaging apps that provide better privacy features, such as Signal, Telegram, or Wickr, had already seen great growth during the first half of 2020. Nevertheless, it was WhatsApp’s privacy policy change announcement that created even more room for growth for these apps, since a large number of WhatsApp users began to switch to some of its competitors. In fact, just in the first three weeks of 2021, around 25 million new people joined Telegram for the first time, whereas Signal gained 7.5 million new users while becoming the number one app in India. Moreover, WhatsApp fell from the eighth most downloaded app in the United Kingdom at the beginning of the month to the 23rd by January 12.

Right after the spread of this controversy, Elon Musk, the CEO of Tesla Company and one of the world’s most successful businessmen, explicitly encouraged people to switch to the Signal messaging app. So far, Signal has not cooperated with any company for sharing its user data. Signal has many privacy features, including end-to-end encryption. This works by encoding a sender’s message in such a way that only the intended receiver’s device can unlock it. Neither Signal, nor your phone company, nor the government can read your messages.

It is also interesting to know that the Signal Foundation organization was founded by Brian Acton, co-founder of WhatsApp, right after he left WhatsApp in 2017. 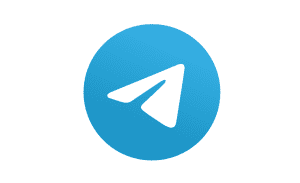 Telegram is also known to be one of the best alternatives to WhatsApp. Many analysts point out that Signal is more secure than Telegram, but the latter comes with a large number of excellent features such as bots, animated stickers, customization options, chat folders, and much more. Telegram is more like a social ecosystem by offering channels and groups with thousands of people that act more like communities. Recently, the Telegram team announced that they had surpassed 500 million active users across Android and iOS.

In terms of privacy, Telegram has proven its commitment to people’s privacy numerous times in different situations. For instance, it has continuously rejected the demands of any organization or country that wanted to gain access to users’ information. For example, when Russia and the Islamic Republic of Iran reached out to Telegram to gain access to encryption keys needed to view user communication, the app company stayed loyal to the privacy of its users and ultimately turned them down. Even after getting banned in such countries, Telegram continued to protect its users’ data and people kept using this messaging app via VPNs.

Apart from Signal and Telegram, the two most popular alternatives to WhatsApp, there are dozens of other messaging platforms that also include different sorts of privacy features. Although there is always the problem of a lack of user base in lesser-known messaging apps, they might still be a good option for those who are looking for a new application to switch from WhatsApp. Just be sure to take your time and check out every app very closely before jumping in.

WhatsApp’s 2021 privacy policy update faced massive backlash and resulted in many unfortunate consequences for both WhatsApp and Facebook. Privacy matters and the backlash that WhatsApp has had to face in the past months proves that it is very crucial to the majority of people.

WhatsApp has since tried to clarify their stance and prove that they are still a very secure platform and value people’s privacy. However, for those who do not believe in the official statements of these companies or feel uncomfortable with the changes that are confirmed by WhatsApp to be happening on May 15, there are alternatives that come with enhanced privacy, special features, and other unique options!