New Facebook Data Breach Leaks 533 Million Users’ Data Online; Here’s How to Check Whether Your Data Was Affected. Recently, it was revealed that Facebook’s database was hacked and as a result of that, the data of more than 533 million Facebook accounts were emerged online for free on Saturday. The leaked data includes users’ Facebook IDs, full names, phone numbers, email addresses, bios, locations, birth dates, as well as other information that they had posted publicly or privately.

This is old data that was previously reported on in 2019. We found and fixed this issue in August 2019.

Facebook has acknowledged the data breach and addressed a flaw in its technology that led to their users’ data leaking online. However, they insist that this incident was not a hack. Instead, the cybercriminals took advantage of a loophole in Facebook’s website system, which allowed them to gain access to a massive number of users’ phone numbers. Facebook’s official statement says:

As a result of the action we took [at the time], we are confident that the specific issue that allowed them [the cyber criminals] to scrape this data in 2019 no longer exists.

All of the leaked data from 533 million Facebook users is now available for free on a hacking forum, which makes it widely accessible to any cybercriminal. So, even though this data breach is old, the leak has resurfaced this week in the news simply because it is now available online to anyone for free. 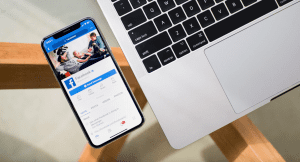 There is a third-party website called “Have I Been Pwned” that can help you check whether your data was hacked and leaked online or not (pwned is internet slang for “owned,” and it means “compromised”). All you have to do is visit this website and input your email address or phone number. Then, the website tells you whether you have been compromised.

In case you were the subject of any “pwnage,” the website will even go as far as to inform you of the various data breaches your data was leaked in. It is also worth mentioning that if you like to search for your phone number, you need to use E.164 international phone number formatting. In other words, you have to use the country code for your phone number. 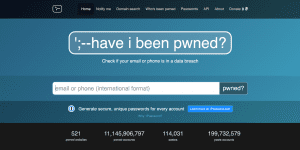 Fortunately, there has been no password exposure for any user, so you do not need to worry about that. However, since users’ phone numbers and other pieces of their personal information have been leaked, there is always the danger of phishing attacks or scammers trying to take advantage of people by sending them spam messages and emails.

If you like to take more precautions, please make sure to check out our products page to learn more about the benefits of securing yourself with the anti-virus solutions we have to offer, so you can protect yourself in case your information has become vulnerable at any point.