The Most Anticipated Game Announcements of E3 2021

Lovers of video games are all well familiar with the Electronic Entertainment Expo E3 2021, a game-focused trade event where many large publishers, creative developers, and gaming-related organizations gather in Los Angeles and reveal upcoming projects and exciting video games.

Last year, E3 got canceled due to the outbreak of COVID-19 and the lack of time organizers faced for taking the conference digital. This year, however, the Entertainment Software Association (ESA), the presenter of E3, was prepared for the situation and held a virtual event from June 12–15. Some of the most important companies that joined this digital event were Microsoft, Bethesda, Ubisoft, Nintendo, and Square Enix.

In this article, we will cover some of the most anticipated and talked about game announcements that happened during E3 2021. 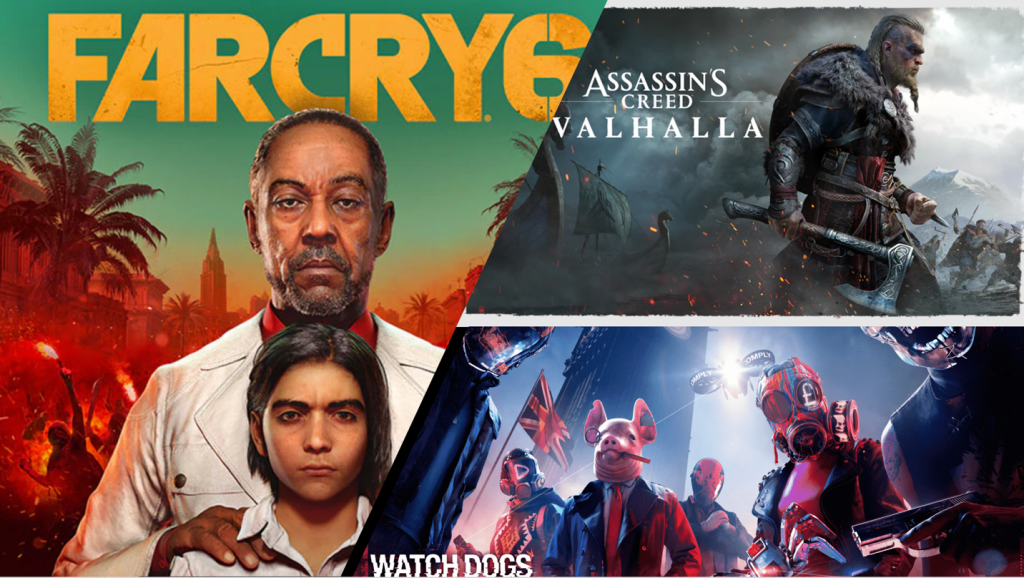 Rainbow Six Extraction, which was originally revealed as Rainbow Six Quarantine, had a huge presence at the Ubisoft Forward conference. The audience were shown a CGI (computer-generated imagery), as well as a gameplay trailer. Rainbow Six Extraction is a 1-3 player co-op first-person shooter game featuring cross-play and cross-save between PC, Stadia, and Amazon Luna. This game is set to release for Xbox Series X|S, Xbox One, PS5, PS4, PC, and Stadia on September 16, 2021. 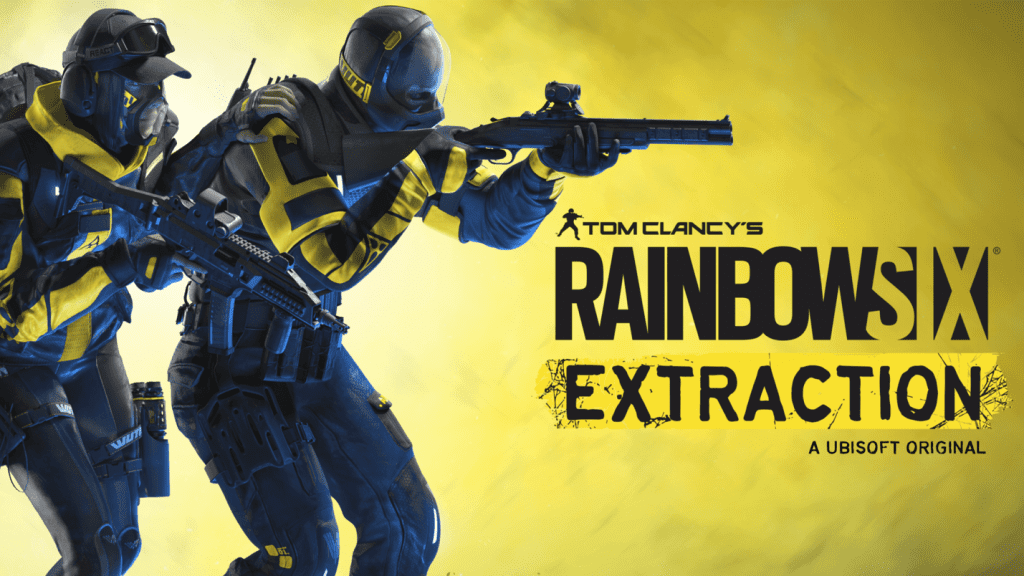 Ubisoft also showed us new trailers for their anticipating upcoming title, Far Cry 6, and shared more details on its Season Pass. One of the DLCs will allow gamers to play as the villains from three previous Far Cry games, which are Vaas from Far Cry 3, Pagan Min from Far Cry 4, and Joseph Seed from Far Cry 5. Moreover, the fan-favorite Far Cry 3: Blood Dragon DLC was also confirmed to get remastered and released as part of Far Cry 6’s season pass.

Ubisoft then revealed Mario + Rabbids Sparks of Hope for Nintendo Switch with a cinematic reveal trailer and gameplay footage.

Microsoft and Bethesda had probably the most notable and magnificent E3 press conference this year. Microsoft presented 30 video games in their show, 27 of which will come to Xbox as part of the Game Pass subscription.  All 30 games are compatible with both Xbox Series X and Xbox Series S. 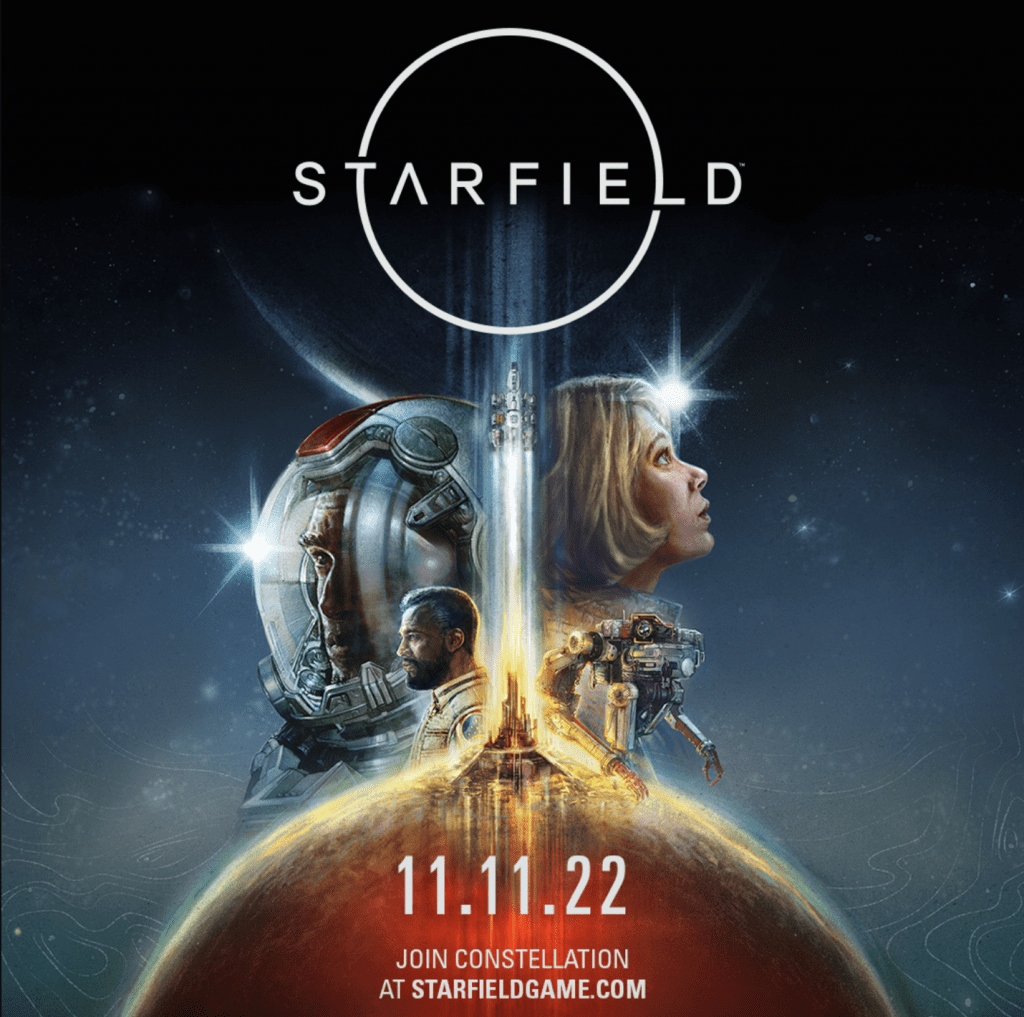 The conference started with a short teaser from one of the most anticipated games, Starfield. It was also revealed that Starfield is coming out on 11/11/2022, which is an interesting date and seems to be related to the game’s lore. Microsoft also made it clear that this game is being developed exclusively for Xbox and Windows, which has been met with some controversy, and is set to release only on Xbox Series X|S and PC.

After that, they showed participants a fascinating gameplay trailer for S.T.A.L.K.E.R. 2: Heart of Chernobyl, which is set to release on April 28, 2022, exclusively for PC and Xbox Series X|S. Then came an exciting gameplay trailer for Back 4 Blood, and it was confirmed that the game will be added to the Xbox Game Pass on the first day of its release.

Next, a new game named Contraband was revealed. Developed by Microsoft and in partnership with Avalanche Studios, this game is set in the 1970s and takes place in a city south in eastern Asia called Bayan. It will be an Xbox/PC exclusive game that is available as part of the Game Pass subscription on the day it is released. 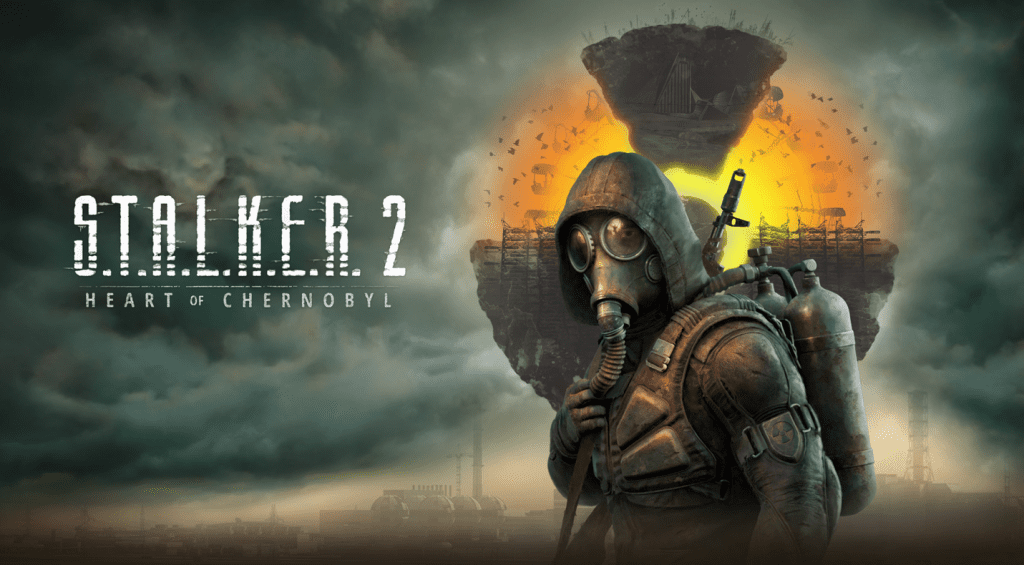 During this conference, an exciting crossover between Rare’s Sea of Thieves and Pirates of the Caribbean was confirmed! This will be the third season of Sea of Thieves, which is called Sea of Thieves: A Pirate’s Life. It will launch by the end of June and tells an epic tale that brings Captain Jack Sparrow and his crew sailing in from beyond the horizon!

After that point, Microsoft showed us some gameplay footage from less popular games and indie titles such as Twelve Minutes, Psychonauts 2, Somerville, Replaced, Atomic Heart, Slime Rancher 2, Shredders, Ascent, and Hades. All of these games were confirmed to be available on Game Pass the moment they are released.

Battlefield 2042 and Diablo II: Resurrected also received gameplay trailers during the Xbox/Bethesda showcase and were confirmed to be optimized for Xbox Series X and Xbox Series S. However, they will not be available with Game Pass and need to be purchased individually. 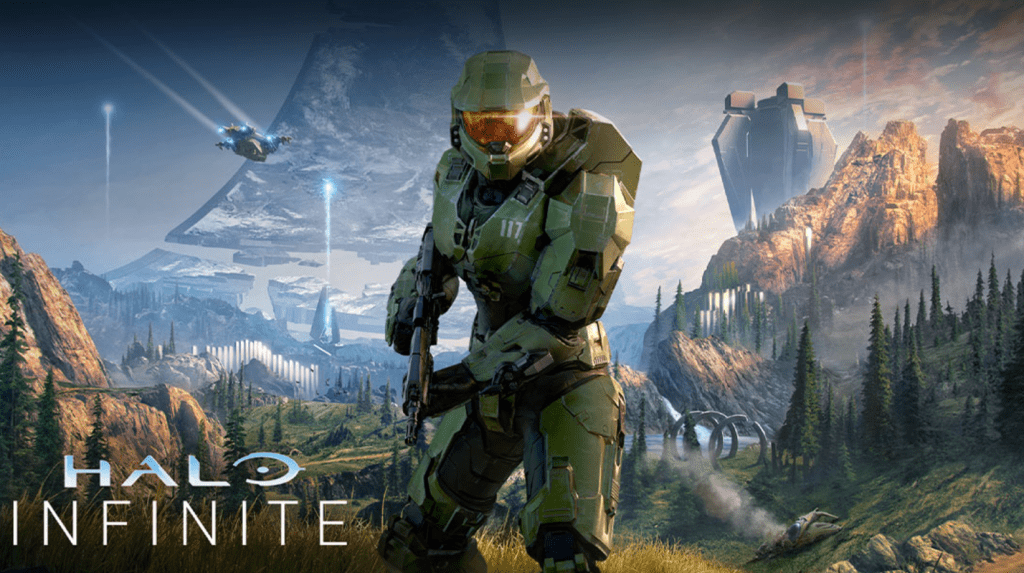 Afterward, Halo Infinite, Xbox’s most anticipated first-party title, finally revealed more trailers, both for its campaign and multiplayer versions. It looked very promising, and the visuals had greatly improved since the last time we saw it. The developers also confirmed that Halo Infinite is set to release during the 2021 holiday season for Xbox One, Xbox Series X|S, and PC Windows 10. 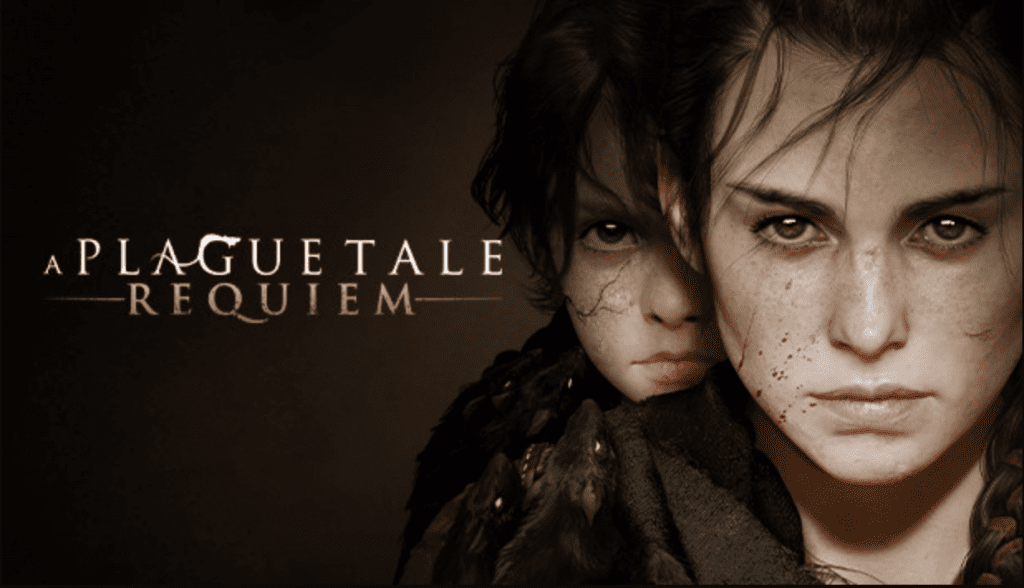 Then, Obsidian showed up to cheer us all up with some of the most fun and hilarious moments of the conference! They gave us some new updates regarding Grounded and revealed The Outer Worlds 2, a project which they started working on very recently.

After that, it was announced that Among Us is coming to Xbox and a gameplay trailer was showcased for Age of Empires 4, which comes out this autumn for Windows 10. Microsoft Flight Simulator also revealed a gameplay trailer and was confirmed to release for Xbox Series X|S on July 27, 2021.

Later, the star of the show, PlayGround Games, took the stage and presented a few fascinating minutes of cinematic gameplay footage of the upcoming Forza Horizon 5. Yes, Forza Horizon 5 was announced during this show and was confirmed to release on Xbox Series X | S, PC, and Xbox One on November 9, 2021! This time, the Horizon Festival will take place in Mexico, and with realistic, jaw-dropping visual graphics, the game looks better than ever. 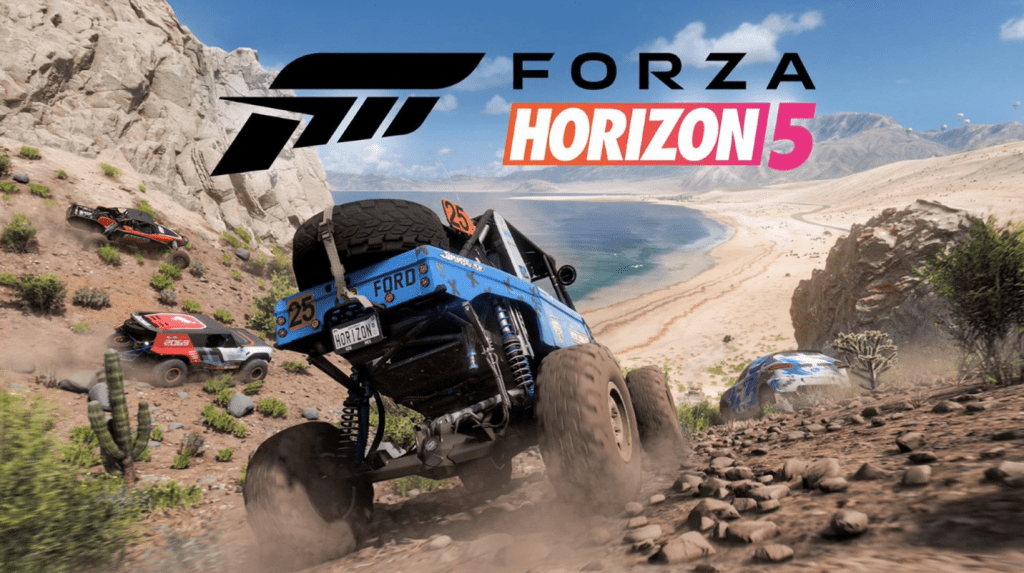 At the end of the show, Redfall, from Arkane studios, was announced with an interesting, cinematic trailer. This game is another Bethesda game that is coming exclusively on Xbox Series X|S and PC.

The Square Enix conference mainly focused on mobile games. Classic titles from the Final Fantasy franchise, Hitman Sniper: The Shadows, NieR Reincarnation, and more were announced to be released on Android and iOS operating systems. Final Fantasy 1-6 were also confirmed to be remastered for PC and will be released on Steam. 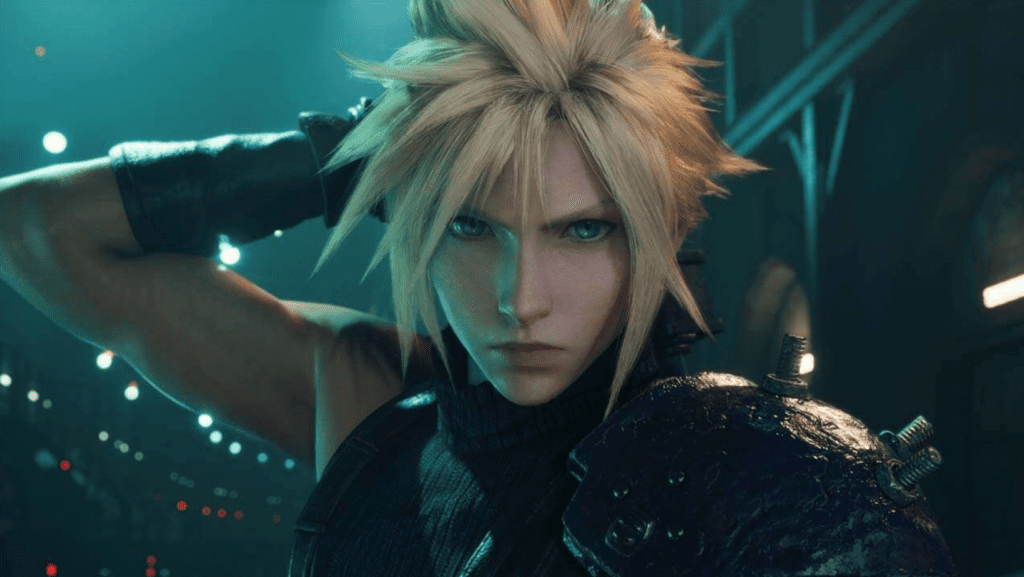 A still from the Final Fantasy VII remake. Courtesy of Square Enix. 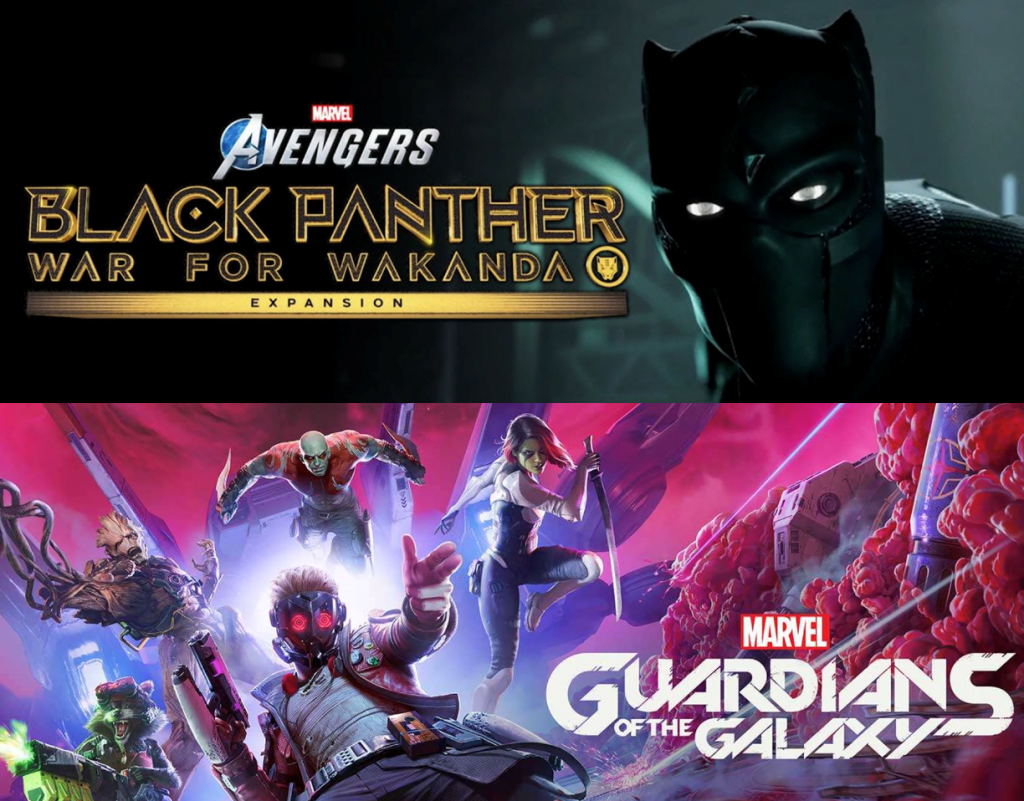 Courtesy of Marvel and Square Enix.

Next, Square Enix showed some gameplay trailers for Life is Strange Remastered Collection and Life is Strange: True Colors, both of which will release this September for PC, Xbox One, Xbox Series X|S, PS4, and PS5. 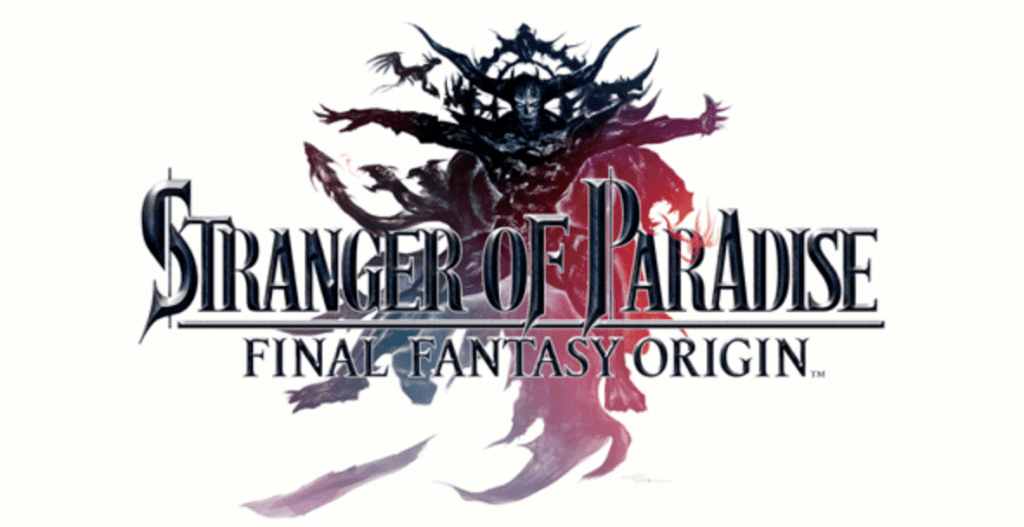 Finally, Square Enix also announced Stranger of Paradise: Final Fantasy Origin. This new game is in fact a spin-off of the Final Fantasy franchise and is being developed by Team Ninja for PC, Xbox One, Xbox Series X|S, PS4, and PS5.

Some of the other events conducted during E3 2021, such as PC Gaming, Nintendo, and Gearbox’s presentations, also had several exciting game announcements. Chernobylite, Far: Changing Tides, and more were presented during the PC Gaming Show. On the other hand, Nintendo announced Metroid Dread, showed off Monster Hunter Stories 2: Wings of Ruin, and revealed New Zelda: Breath of the Wild 2 with gameplay footage and a promise to release the game in 2022.

During E3 2021 conference, we witnessed some of the most exciting game announcements and game reveals from some of the biggest players in the gaming industry. Now, the biggest anticipation comes from the waiting as we yearn in excitement to see whether the games announced this year will live up to the expectations that surround them. Hopefully, the developers and publishers will deliver great experiences across all platforms.