Logitech POP Keyboard: For people who love keyboards and colors!

The Logitech POP Keys keyboard is a mechanical keyboard with a couple of added twists: the addition of emoji shortcuts, circular keycaps, and a heavy focus on the three colors it comes in. 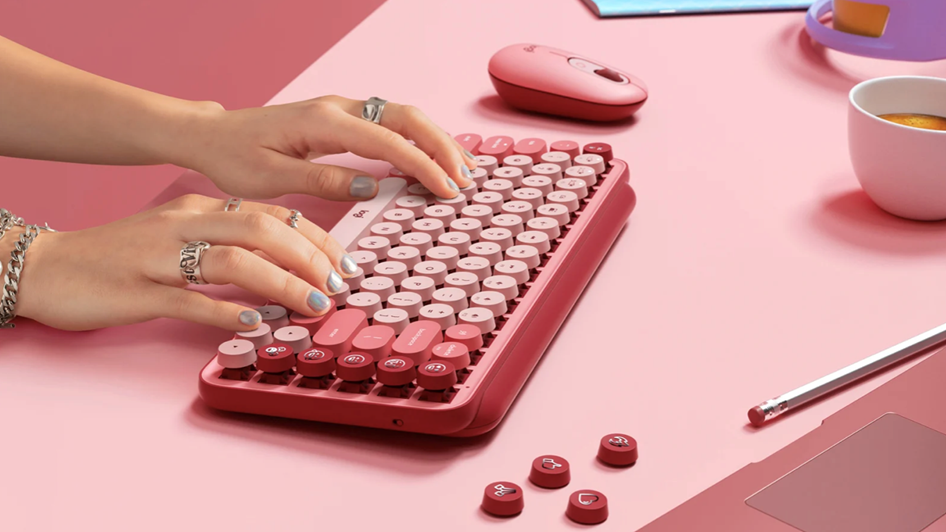 Who is it for?

People who like mechanical keyboards with exuberant colors to match a lively desktop will benefit most from this keyboard. The Logitech POP Keys keyboard caters to those who want a keyboard that can easily pass as a fashion accessory while delivering performance without any compromise.

Starting with the layout, Logitech is offering something very interesting. The keyboard offers a compact design that doesn’t necessarily fit into the common percentage levels used to describe keyboard sizes. There’s a button row on the right side of the keyboard that you will not find on any other keyboard. With that said, the keyboard resembles a 75% keyboard than anything else.

Despite having a compact layout, the function row is packed with shortcuts including media and volume control, as well as shortcuts to switch between up to three connected devices.

Each color scheme comes with varying accents for the keycaps and the chassis. There is a distinct glossy finish on the escape key, making it stand out from the rest of the keyboard. The color palettes are extremely bold, and each of the three looks like it belongs to a completely different era or dimension. It’s a refreshing addition to the lineup of mainstream, rather bland keyboards. 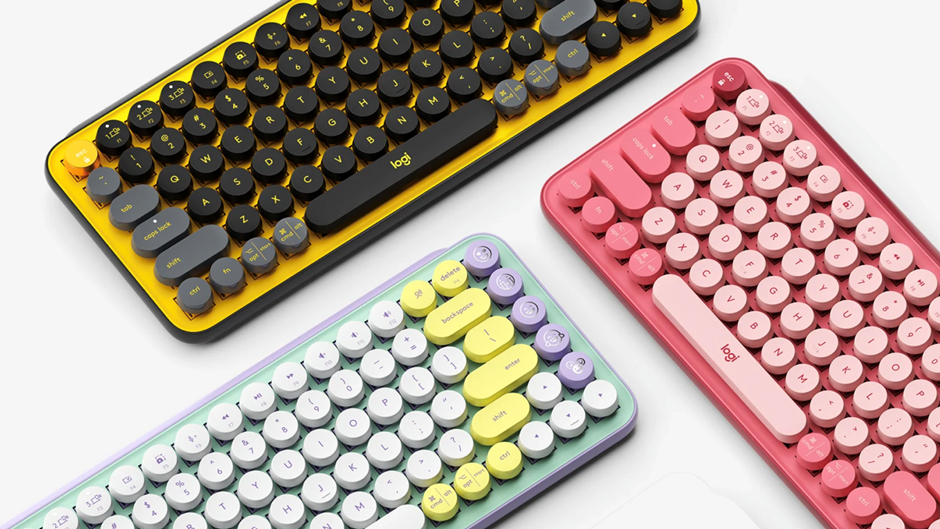 Another distinct feature of the Logitech POP Keys is the circular keycaps placed on typical square switches. This seems to be one of the only downsides of this keyboard, although it all comes down to personal preference. While the contrast of the squared mechanism below the keycaps and the round keycaps makes the design look like a vintage typewriter, some may require a bit of time to get used to the look.

The circular, type-writer style design might not match everyone’s taste, but Logitech tried the idea before in their very successful K380 keyboard, which was also deemed as a fashion accessory just as much as a keyboard. Even Logitech’s expensive Craft keyboard has a circular recess on the keycaps, which shows Logitech’s confidence in the design choice.

Let’s go back to the special row of buttons on the right side of the keyboard. On the right side of the keyboard, you will find five unique keys. One is a dedicated emoji menu shortcut (on Windows it’s Win+––you are welcome!) and the rest are four emoji presets that you can define in the Logitech Options software. But if you aren’t interested in the emoji shortcuts, you can ignore that these buttons exist or use them as customizable macro keys.

What’s in the box?

Inside the box, you will find four extra keys that you can swap with the emoji keys on the right side of the keyboard.

Besides the extra keys, you will also find a Logi Bolt USB receiver in the box, in addition to two pre-installed AAA batteries.

The POP Keys uses Brown switches and sounds exactly like you would expect: rather deep, with a tactile feel. You can even listen to the sound of the keyboard on Logitech’s website.

It is important to emphasize that, the quality has not been skipped in favor of design. The Brown switches are the same that Logitech uses on a variety of its premium mechanical gaming keyboards. 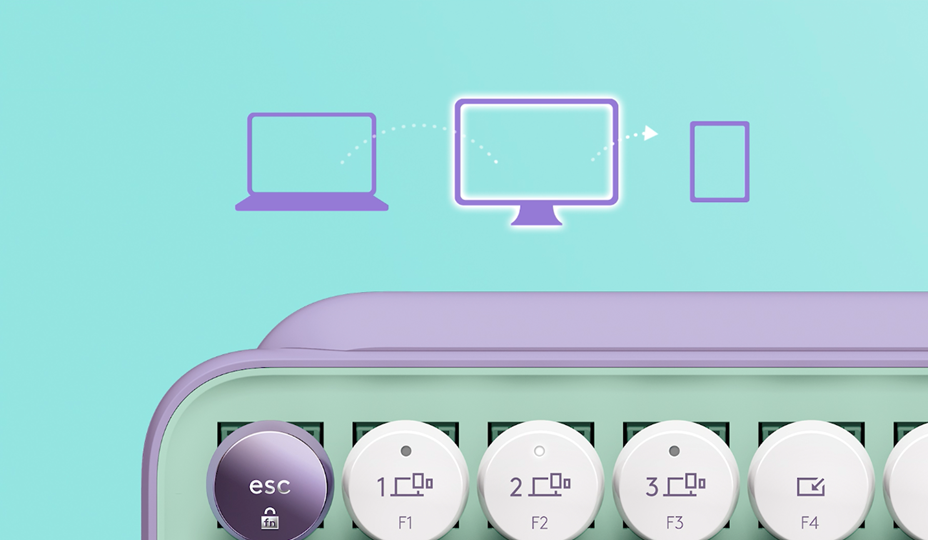 The wireless Logitech POP Keys keyboard is also Flow-enabled. Flow is a Logitech proprietary software that allows you to use your keyboard back and forth between up to three laptop, desktop, or tablet devices (whether Windows or Mac) by hovering your cursor to the edge of the display on the device. Logitech Flow even allows for using your mouse to copy and paste files between the two computers over a local network. You will, however, need a Logitech POP or another Flow-enabled Logitech mouse to have that functionality enabled.

You can expect to use this multi-device Logitech keyboard for an advertised battery life of up to three years using the two AAA batteries included in the keyboard, thanks in large part to the lack of backlight saving a lot of the battery. 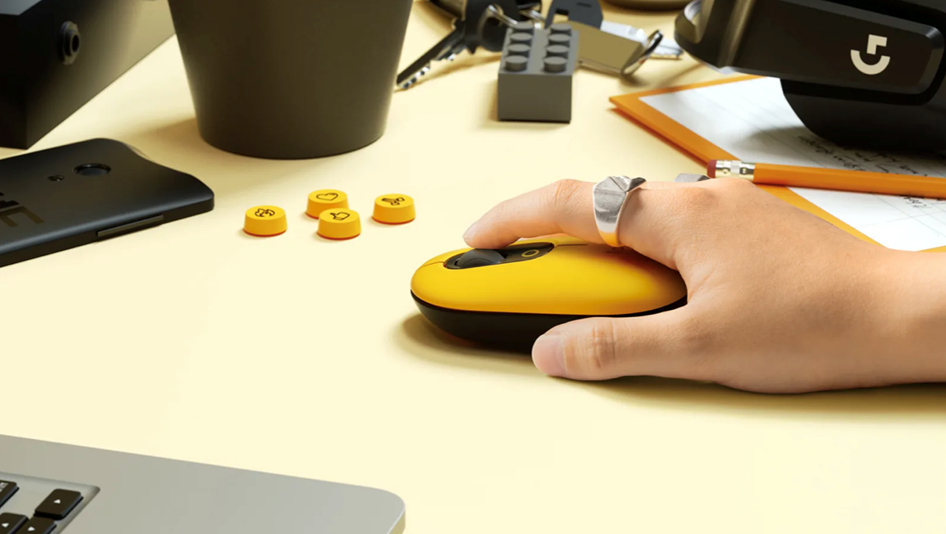 It’s difficult to say who this keyboard is exactly for. It almost doesn’t fit in any conventional category; its switches are top-of-the-line performers, but the keys look neither industrial nor gaming-like. The keys look very flashy but also feel premium and not like an after-thought. It is undeniable that this is a high-quality keyboard with bold design choices that you may not just like, but end up loving.