The costs and benefits of wireless charging

When it comes to types of phone charging methods and the debate between wired charging vs wireless charging, the latter is the future…and the past at the same time! The technology was commercialized by Samsung with the release of the revolutionary Galaxy S6 (if I sound biased, it’s because I am! I purchased one when it came out.) and it has only picked up steam since then.

Well, sort of. If we consider how much excitement the wireless battery charging method created when it came out (let’s not forget how much Samsung fans used it to pick on Apple fans about iPhones lacking this feature) and look at the landscape of wireless charging now, it hasn’t exactly developed the way we had hoped it would. 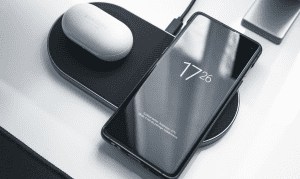 The early stages of wireless charging

The first iteration of wireless charging was limited to 5 watts, which was painfully slow. But everyone gave it a pass because it was still so cool to just place your phone down on a small puck and watch your lock screen light up in green to indicate that the magic particles are charging your phone!

Galaxy S7 improved things a bit by supporting “fast wireless charging,” which bumped up the charging speed to 7.5 Watts. This is the same number that can be found in a lot of today’s wireless chargers five years later.

There have been quite a few companies that promised something beyond the current, inefficient Qi standard. Some have claimed their product will charge your device through the air without needing any contact! Of course, none of them came through, so we are still very much stuck with the rather dated standard of wireless charging. 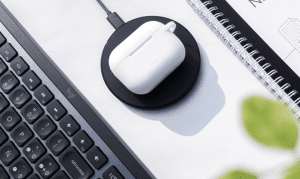 Wireless charging is dated because it is mostly unchanged from when it first made waves in the tech community. The first wireless chargers were 5W and 7.5W, and today, you will still find a lot of 7.5W and a few that go beyond 10W. The 10W chargers are the ones most Android phones are comfortable with, and 7.5W is the sweet spot for iPhones. 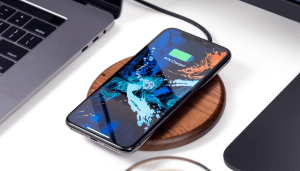 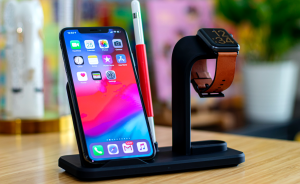 Two things that age your electronics’ batteries: are (1) going through charge cycles; and (2) heat. The former is unavoidable, but it is possible to limit the damage the latter can cause. For example, if you are constantly playing demanding 3D games on your phone that makes the phone hot to the touch, you are hurting the battery a bit more than if you were to drain the battery scrolling through Instagram. Similarly, you would hurt the battery simply by wirelessly charging it, as it produces more heat than just charging your phone at normal speed via cable.

Don’t panic, though! This issue is very much dependent on how hot the device gets during charging, so if you notice that the device only gets just a bit warmer, you shouldn’t worry about it. At worst, you may be aging your battery faster only by a bit, which is a fair trade-off considering the convenience that wireless chargers bring to the table or the nightstand.

The dilemma of fast charging

The issue of batteries heating up during charging isn’t just limited to wireless charging. When fast charging was introduced (also with the Galaxy S6), some alarms went off in some people’s heads that “Wait! Should my phone get this hot while it’s charging?!” and it was a valid concern.

Later on, many manufacturers even provided users the option to turn off fast charging altogether if they wanted to get the most out of their battery for the longest time possible. However, most people would still leave the feature enabled because for the same reason they still use wireless charging despite the downside: convenience. 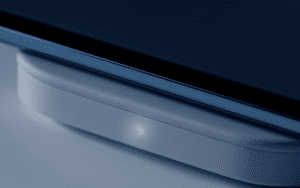 But this tradeoff of fast and wireless charging at the expense of a slightly shorter lifespan has proven to be worth it, as you will find no manufacturer taking this feature away in favor of getting just a few months more from your battery.

But this tradeoff of wired charging vs wireless charging or fast charging vs slower charging speeds at the expense of slightly shorter battery lifespan has proven to be worth it for the former camps, as you will find no manufacturer taking away wireless or fast charging capabilities away from their phones.

Wireless charging is still an inefficient and immature technology that is waiting for a breakthrough. It is far from being the best of battery charging method. But until we reach that breakthrough, we will still pick the convenience and cool factor over a slightly higher lifespan for our electronics!

If you are interested in keeping up with this type of content or learning more about wired vs. wireless chargers, please make sure to check out our blog page regularly. We also encourage you to reach out to us if you have any inquiries about wireless chargers or wired charging cables.

Everything you need to know about Logitech video conferencing solutions