Top Features of the Best Antivirus for Gaming PCs: Norton 360 for Gamers

Today, using an antivirus is a necessity for almost every person. In fact, our online safety, personal data, and privacy all crucially depend on these protective software applications. Gamers have even more reasons to use a proper antivirus software program. 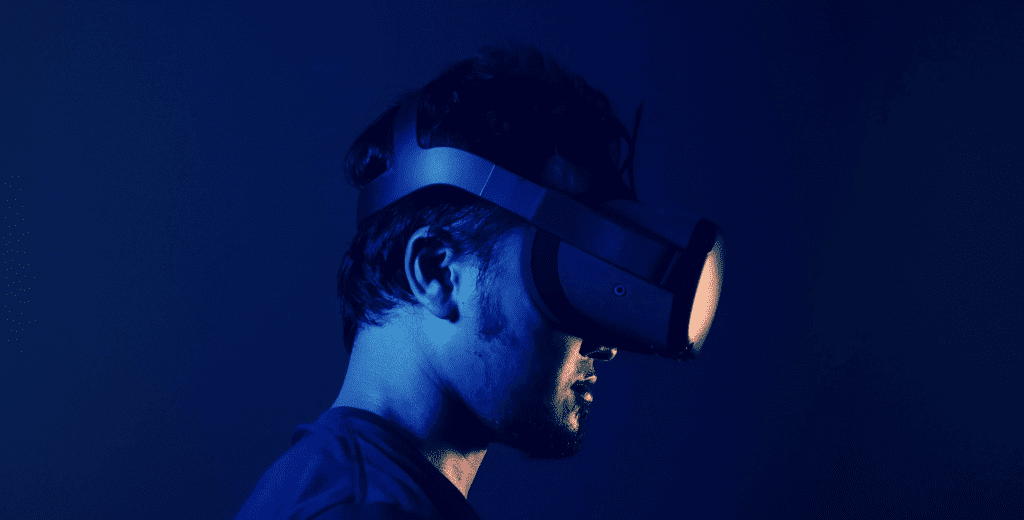 In our previous article, we covered some of the main reasons gamers must have an antivirus installed on their computers. We also briefly discussed the features and benefits of having a gaming-specific antivirus. As we said, an antivirus software application can ensure the safety of our data, protect our online accounts and digital purchases against cybercriminals, avoid possible phishing, and guard our systems against the corruption of malware. 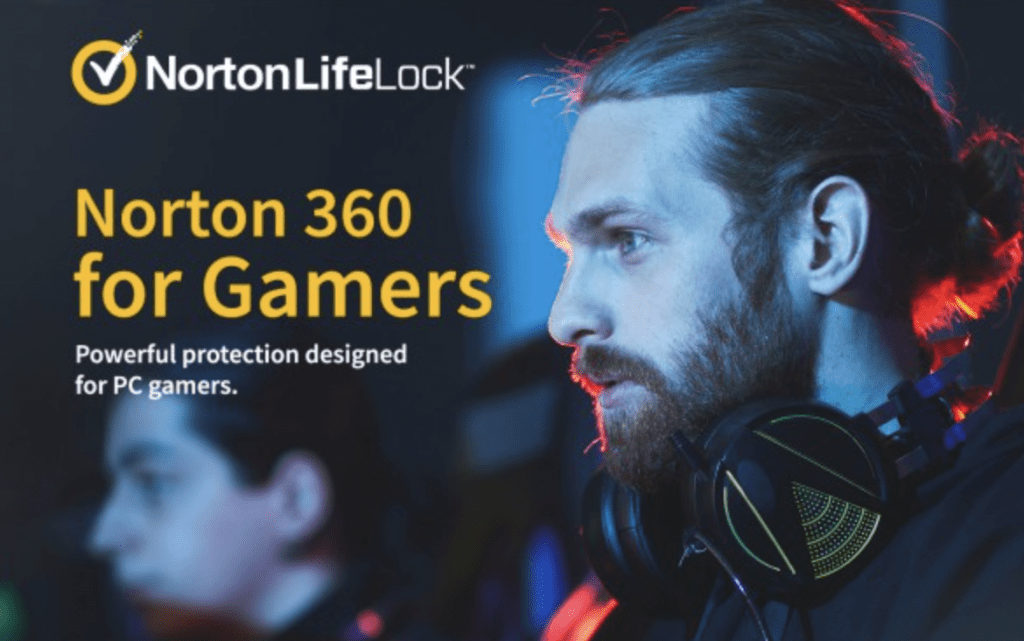 Norton 360 for gamers is one of the best gaming antivirus software programs and features many essential and exclusive offerings. Courtesy of Norton

So, what does this antivirus do?

Just like any other antivirus software program, this Norton antivirus offers threat protection against viruses, malware, DDoS attacks, doxing, webcam take-overs, phishing invasions, and much more goodies, which, as promised, we will get to later in the article. With advanced multi-layered security protocols, this gaming antivirus can eliminate existing and emerging malware that threaten your computer. And all these protection and security protocols occur in real-time, which means that you do not need to keep scanning your computer every now and then. 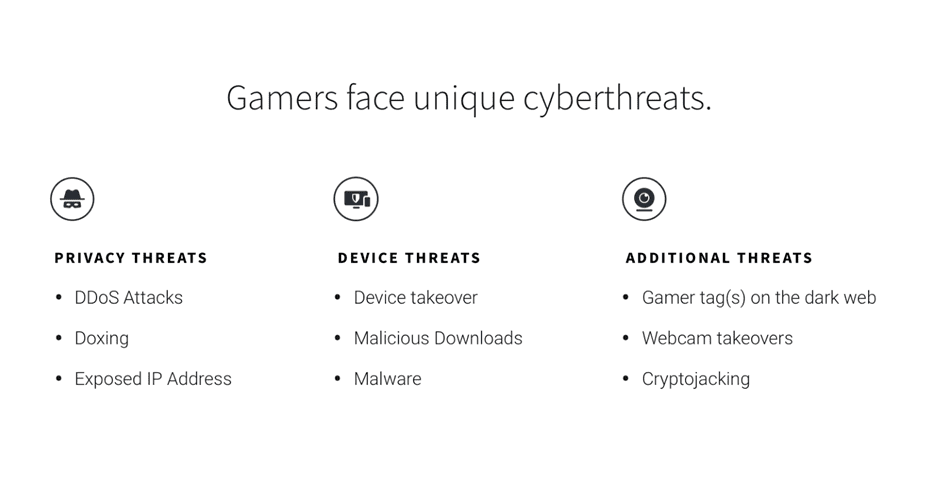 There are a variety of unique cyberthreats gamers face, but Norton 360 can help gamers steer clear from them. Courtesy of Norton

The Smart Firewall, one of Norton 360’s signature features, is accompanied by the Gamers plan as well. This feature facilitates the monitoring of all communications that occur between your PC and other devices in order to detect unauthorized traffic whenever it might occur. By blocking unapproved and unsecure communication coming from any other device toward your PC, Norton 360 makes sure that your computer with all its important data stays protected.

One of the unique features of Norton 360 plans is the Secure VPN they provide. Using this VPN, you can hide your IP address and browse anonymously and securely in order to protect your device against doxing and DDoS attacks. The VPN is an especially useful feature for gamers who frequently browse various online gaming sites and forums and ensures that they can do so without the risk of being doxed.

Another great feature included with Norton 360 plans is the webcam camera protection. The Norton 360 antivirus for gamers will prevent any unauthorized access to the user’s webcam from unknown sources.  The antivirus notifies you of any unauthorized attempt to access your webcam and helps you block access. This can easily prevent getting filmed online by cybercriminals and definitely avoid possible blackmailing. 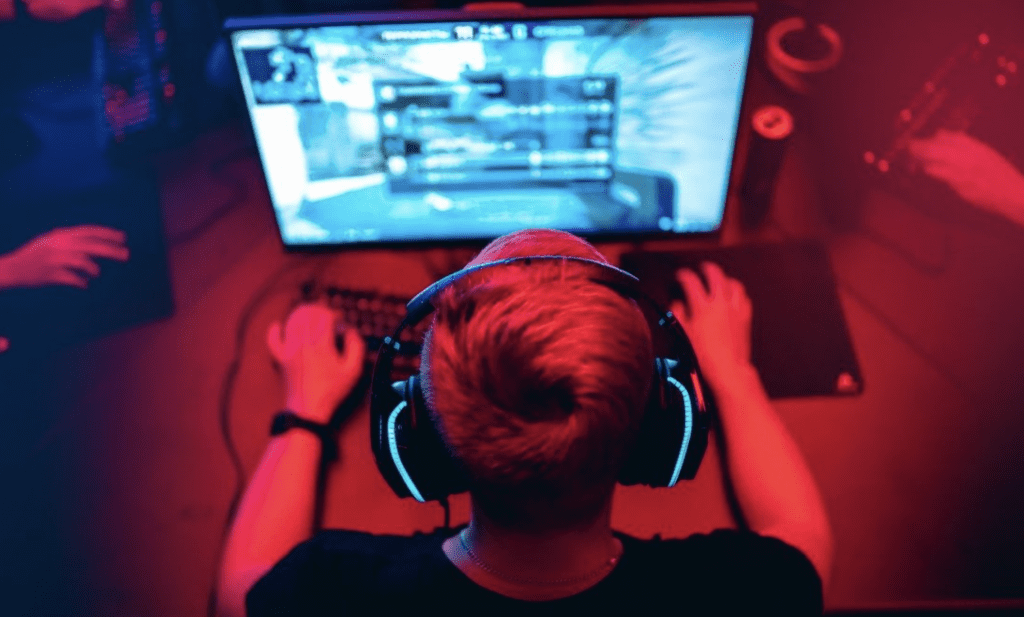 Another useful tool that is provided by Norton 360 is its password manager.

Using the password manager, you can easily save all of your passwords in the safe and secure data base of this antivirus program. You no longer need to memorize or constantly retrieve so many complex numbers and data; you can simply store all of your various passwords, credit card information, debit card data, and any other sensitive document in Norton 360. All of this data will be encrypted, so you do not need to worry about whether your information will become vulnerable if Norton’s data servers are breached one day.

Gamers who have many different accounts in various gaming platforms, each one of which may have their unique username and password, can find this feature significantly useful.

Norton 360 includes anti-phishing protection, which analyzes the security level of the websites you visit and blocks links known to be fraudulent. Also, with protective exploit protection (PEP), it protects your computer against “zero-day” attacks, which exploit vulnerabilities in your Windows operating system or applications.

Furthermore, with web isolation technology, Norton 360 keeps secure any sensitive information you insert into various websites, like when you log into your gaming account. This was made possible by using virtualization technology, which lets you navigate websites using a Norton server rather than your own. 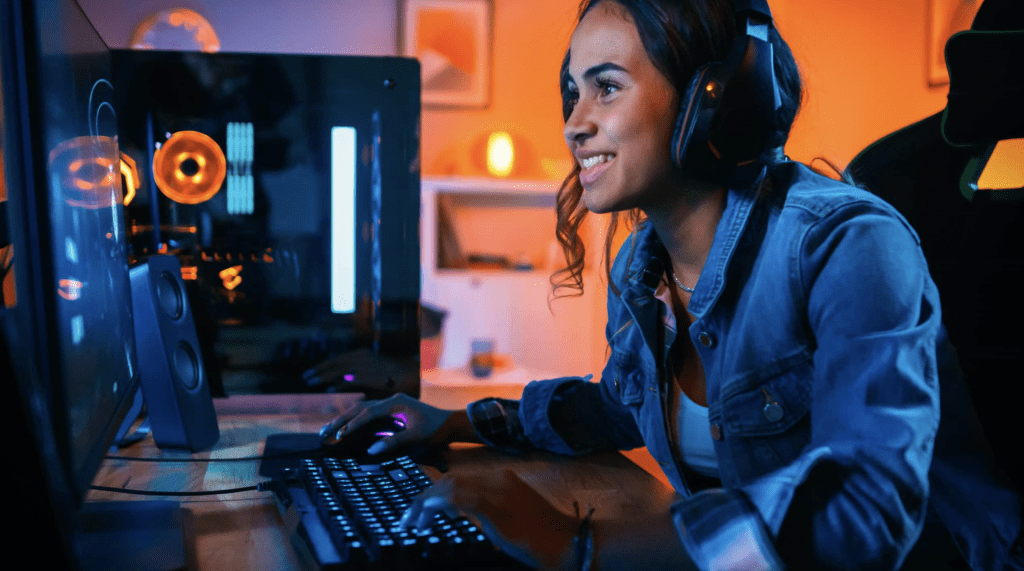 Unique Features: Goodies specific to the Norton 360 Antivirus for Gamers

The first unique feature of Norton for Gamers is its ability to monitor and notify its users whether their information is on the dark web. While this feature does appear on other Norton 360 plans and searches for information such as email addresses and an individual’s usernames, this antivirus is unique in that it allows a user to search for their gamer tags as well.

Norton for Gamers is created specifically for gamers; therefore, it is designed in a way that suits best the needs of modern hardcore gaming. This means that, unlike other antivirus software, this one will not eat up much of your computer’s processing power. In fact, this feature is one of the reasons why Norton for Gamers is one of the best antivirus for gaming laptops, given that many gaming laptops do not have as strong of a performance as gaming desktops do.

The game optimizer feature also optimizes your computer’s CPU performance when you are gaming by allocating only one CPU core for background activities. In this way, you can maximize your game performance by dedicating your CPU cores to your game, rather than worry about your antivirus and other non-essential applications taking all of the processing power of your computer. 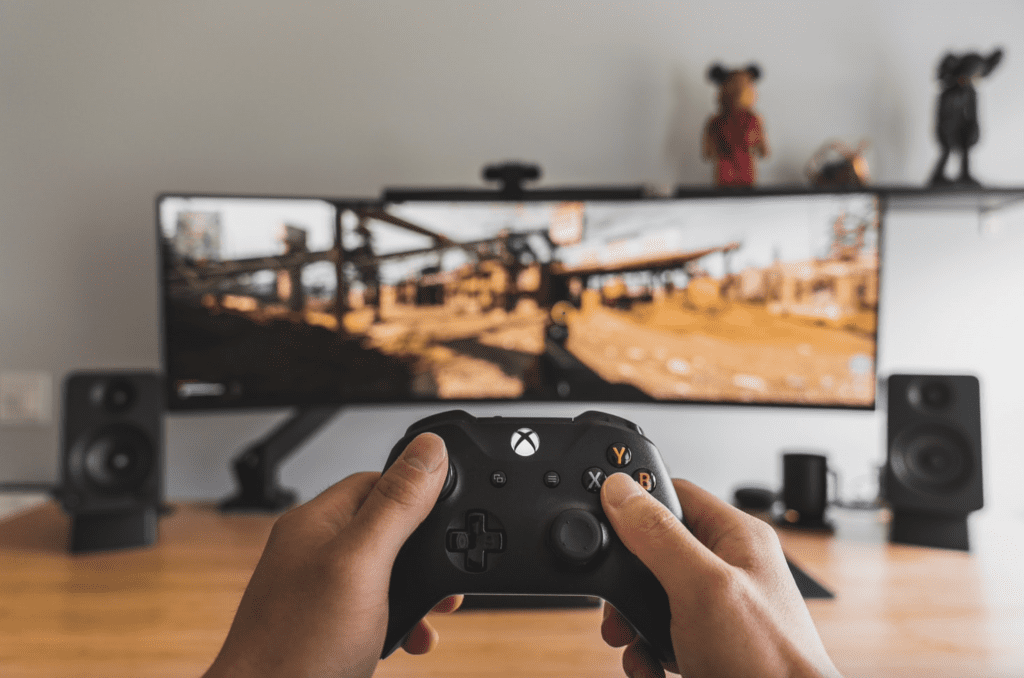 Norton 360 for Gamers takes all the necessary precautions in order to protect a device against various types of dangers, even in worst–case scenarios. However, most gamers find it quite bothersome to consistently receive notifications from their antivirus about the most trivial matters.

As such, unlike other antivirus software, Norton for Gamers has been programmed to notify you only in three instances: (1) when your PC is under attack; (2) when your protection is at risk; and (3) when you are not using one of the necessary features of the antivirus, which may lead to increased threats to your system.

Although, you can permanently silence this last type of notification, which ensures that you are notified only when your computer is in imminent danger.

Whenever you are using a program in full-screen mode, like playing a video game, the Norton 360 antivirus will detect that and silences security alerts, except the crucial notifications. This game, you can easily game without getting bothered by regular notification that can take away the immersion in your gaming experience.

Norton for Gamers also provides up to 50GB of free cloud backup storage. Gamers can easily upload their game clips and captures, or any other types of files, to the cloud in order to free up space from their hard drives.

This antivirus is very suitable for parents of younger children. This antivirus program helps parents to manage their children’s online activities and identify potential dangers. This way, parents can easily prevent potential threats that might endanger the safety of their kids when exploring the internet or playing games online.

Supports up to 3 devices at a time

Finally, it is important to note that you can use Norton for Gamers on up to three different devices at the same time. So, you will not be limited to using it on only your gaming computer. This antivirus is compatible with Windows PC, macOS, Android, and iOS. Therefore, you can install it on your PC, smartphone, and tablet simultaneously and keep them protected against any harm or danger. 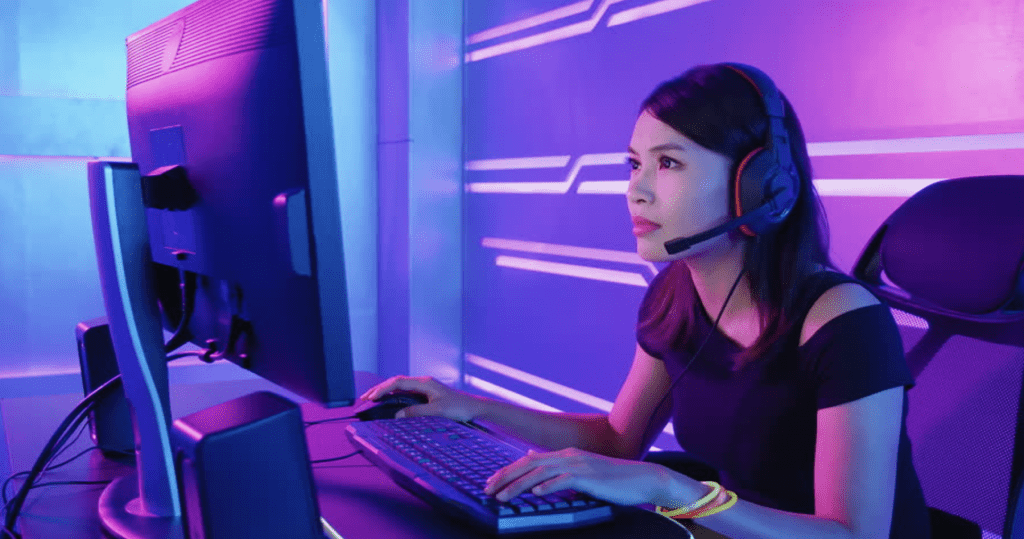 For those who use their computer systems to play games, especially for running new demanding games out in the market, having a gaming-specific antivirus is a highly recommended. Not only does antivirus made for gamers protect your computer, but it is also specifically catered to your unique needs as a gamer and aims to make your gaming experience both safe and convenient.

Among all the options that are out there, this one is obviously one of the best antiviruses for gamers. With Norton 360 for Gamers, you can benefit from all the above features on up to three devices at a time, which is an excellent offer.

Norton provides annual subscriptions for this antivirus for AED 88.00. However, newcomers who choose to purchase directly from Norton’s website can benefit from exceptional prices and subscribe by paying only $7.99 per month for an entire year or a one-time $19.99 payment for a whole year. You can also turn on automatic renewal and stay subscribed even after the first year while the system charges you automatically.

But, if you do not wish your subscription to be renewed, you can always cancel it. Note that in case you are unsatisfied with the product, Norton offers 24/7 support and member services, as well as a 60-day money–back guarantee for those who purchase the annual subscription. 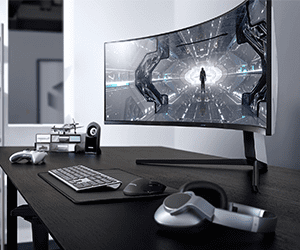 The Odyssey displays: 3 of the best Samsung gaming monitors 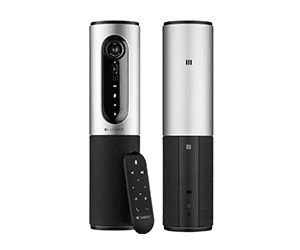 A review of the Logitech ConferenceCam Connect