What is CES? Know Everything about CES 2022

The 2022 Consumer Electronics Show (CES) officially kicked off on January 5th in Las Vegas, Nevada. You might be seeing some content online about this tech show that claims to feature the newest tech gadgets of 2022 and wondering: what is this CES all about?

To many people outside the world of tech-enthusiasts, CES may sound unfamiliar. If you are interested in attending the event (while there is still time!) or tuning in to the news, it would be a good idea to get a sense of what this year’s CES is about after last year’s anti-climactic online-only exhibit. But let’s not focus on the past and get into what CES 2022 is like. 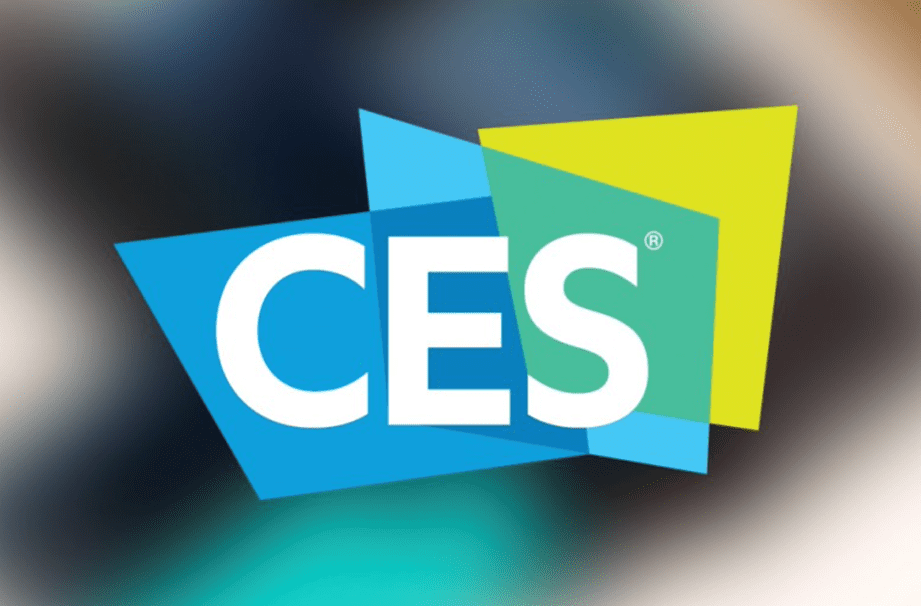 There is no other consumer technology show in the world quite like CES. It is where thousands of consumer electronics companies and technology developers showcase their latest achievements and gadgets, for the first time in a lot of cases. CES 2022 spans across 11 venues in Las Vegas, adding up to around 150 thousand square meters of real estate.

The ideas, products, and software presented at CES set the tone for tech as a whole for the entire year. When the first 3D printers showed up at CES back in 2014, people constantly shared clips of 3D printers doing amazing things and none of us could stop talking about them. A year later, when 4K TV’s and monitors and virtual reality were all the rage after they were first showcased in CES. This is exactly why CES is the most important and influential tech event in the world and why everyone takes notice of what happens during the convention: it sets the tone for that year in tech.

But showcases of software, services, and products are not the only things you can find at CES. You will also find conference programs hosted by the world’s business leaders and figures influential in tech, such as Jong-Hee Han, Samsung’s CEO and Tariq Hassan, McDonalds’ CMO. 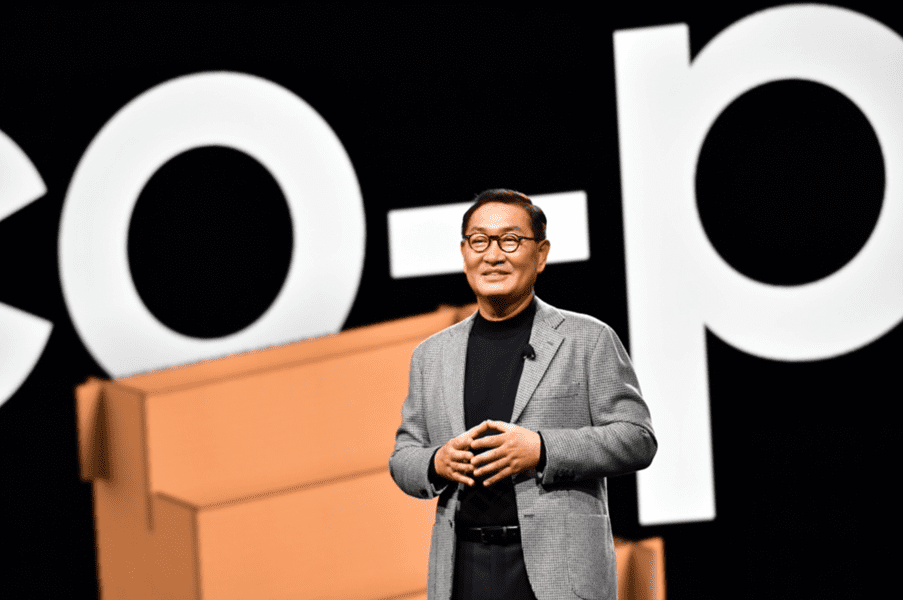 CES’ focus this year is placed on intelligent automation and the evolution of the metaverse. These two areas are viewed as the most compelling technology megatrends of the future, and even if they are not yet, CES will make them just that!

Let’s begin with the field of intelligent automation. Self-driving car technologies have been a staple at CES over the past few years thanks to the likes of Autonomous Vehicle (AV) chipmakers, Qualcomm, LiDAR technology spearheads Luminar, and AV pioneers Waymo. There is also a focus on AV’s applications for enterprises in the form of self-driving trucks with the help of TuSimple (An autonomous trucking company). Beyond Honeycomb also brought AV technology and automation to the FoodTech sector with its automated robotic kitchen solutions. 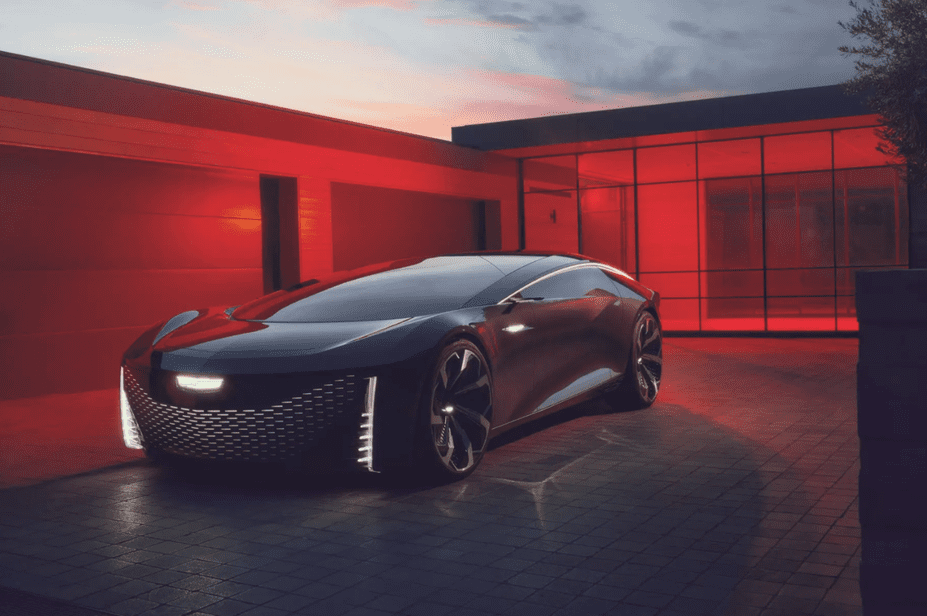 The Metaverse is going to be another huge part of this year’s convention. Metaverse had already been inevitable, but the much higher interest has certainly been a byproduct of the pandemic, making interactive, on-demand communication a priority for many businesses and schools. CES 2022 hosts many technologies that would help shape the future of this ever-present dream of a virtual world that is the Metaverse.

No need to worry though, because CES is back to the way it has always been: in-person.

There is, however, the slight issue of excluding the non-vaccinated people (an issue depending on how you look at it). The convention’s official website states that in-person attendees must be fully vaccinated against COVID-19 to be able to get a badge and enter the convention floor.

Can we remove this line?

Changed it a bit–let me know if it’s still problematic and I’ll replace it with another sentence. 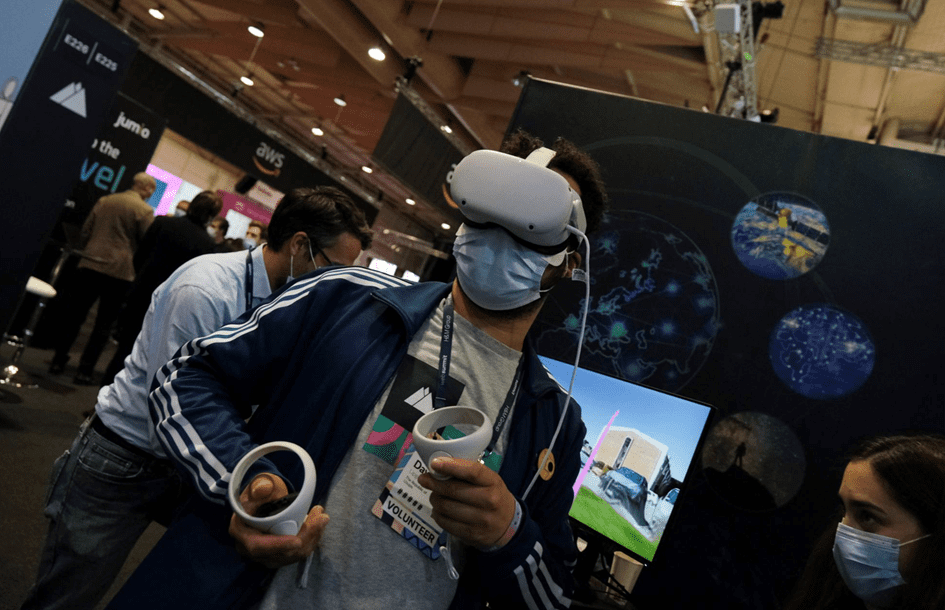 Given that CES is the biggest tech event of the year, you can expect a good number of high-profile names to be there to leave their mark on the tech of the year and perhaps snatch a few prizes along the way as CES exhibitors. In fact, alongside the many well-renowned companies attending are some of Newcom’s vendors. The list includes Samsung, ViewSonic, j5Create, Targus, and Logitech.

Let’s get into some numbers so you have a better idea of just how large the 2022 convention is:

Some hiccups along the way

Back in 2020, when CES was last held in person, around 170,000 people attended. This year, however, that number will definitely not match pre-COVID numbers because of the health protocols set for the venues. Moreover, while CES 2022 dates were originally supposed to be January 5–8, it will now end a day earlier on January 7th. The decision was an unprecedented one by CTA and a response to increasing worries by many attendees and exhibitors about the dangers of attending such a large event whilst the Omicron variant is on the rise. 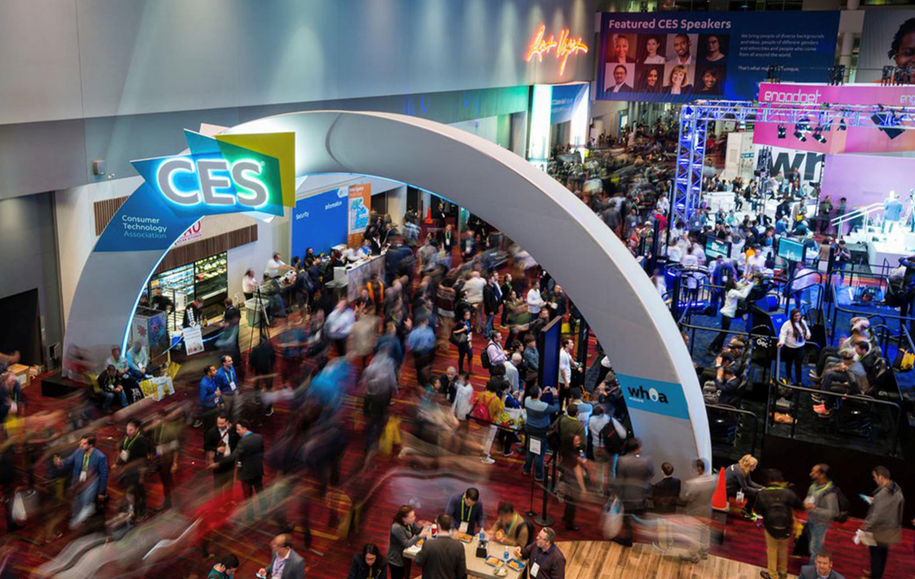 It would be great if CES could be just as big as it was prior to the pandemic, but that might not yet be achievable as several big-name brands have either completely pulled from this year’s convention, or have significantly limited their in-person presence, like Intel, opting more for a “digital-first” experience.

Of the big names that do not have any in-person presence are Microsoft, Google, Amazon, Meta, T-Mobile, and Lenovo. Moreover, major tech news outlets like The Verge and CNET cover the convention solely virtually. Nvidia also opted for a more remote presence, hosting a virtual-only keynote.

For some companies, the situation was a bit more complicated and unclear. Samsung and Sony had stated that they will “monitor local conditions,” but ultimately ended up having an in-person appearance at CES.

What if I can’t attend in person?

By registering, you can gain access to plenty of information about all exhibitors, as well as ways to directly contact exhibitors to network. 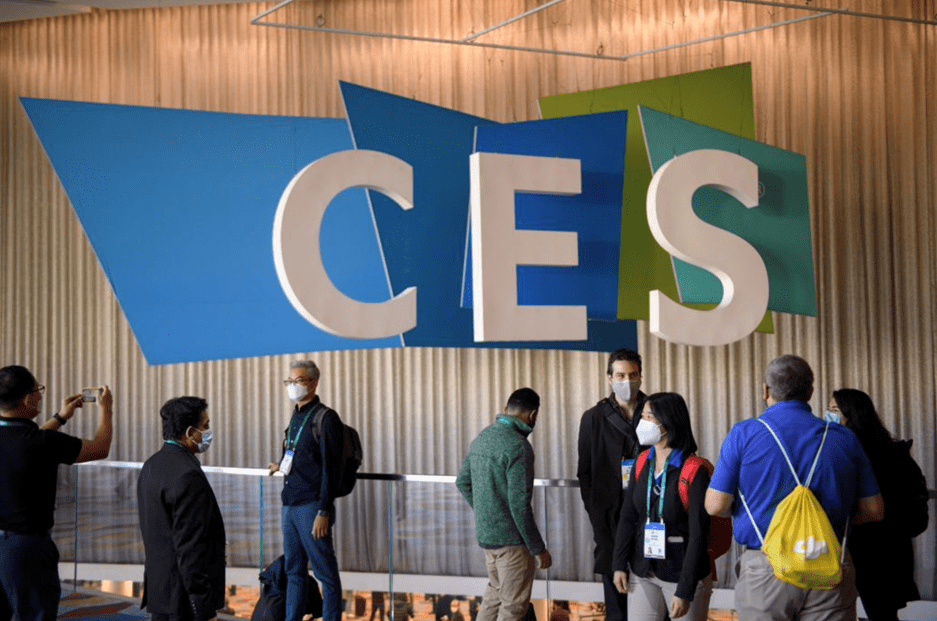 CES needs to bounce back

With the absence of some household names in the tech world such as Microsoft, Google, and Meta, it would be unrealistic to assume that this year’s CES would have the same feeling as before.

As influential as CES still is, the pandemic has not been too kind to it and until the big players who have opted out don’t return to the venue, CES won’t be able to bounce back to its original glory.

But until then, we will still have a ton of new things to look forward to! Stay tuned for more coverage of the CES 2022 show for news about the best and latest tech gadgets of 2022.