What is Logitech Flow and How It Can Benefit You

In the last couple of years, Logitech, one of the leaders in computer peripherals, has developed a new practical feature named “Flow.” Logitech Flow is a capability integrated in Logitech mice and keyboards that allows you to easily switch between different computers simply by moving your mouse cursor to the edge of the screen. In other words, it lets your mouse and keyboards “flow” between your systems! You can even copy and paste your data between the computers using this functionality. This article will help you understand the Logitech Flow technology, and explain how a Logitech Flow-enabled mouse and keyboard can benefit you when working with your PC. 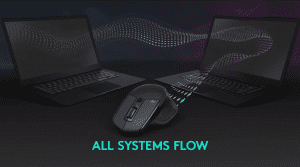 What is Logitech Flow?

Flow allows you to control multiple computers with only one Logitech Flow-enabled mouse. If you obtain a flow-enabled Logitech keyboard, your keyboard can follow your mouse as well, which gives you full control. Logitech Flow makes transferring data, such as text, images, or any other file between different systems very easy and effortless. You can just copy from one system and paste to the other one; this is the simplest way for transferring information. As the result, Flow easily eliminates the need to rely on cloud services or sending yourself emails with attachments for transferring your files.

Using Logitech Flow, you can create one central workstation for multiple computers anywhere you want. Even the process of setting it up is extremely simple and easy; you can just use the auto-discovery feature to find and configure your computer in a few seconds. And then, all the data is transferred using a secure connection, with SSL and AES-256 bit encryption. It is also worth mentioning that Logitech Flow technology works with both Windows and macOS operating systems.

Is it safe to transfer data using a Flow-enabled Logitech mouse or keyboard?

Transferring data between computers using Flow is very safe and secure. The transfer is achieved by sending clipboard hints from the first computer to the second one during the channel switch, resulting in the creation of clipboard proxies. No part of the process includes storing data in cloud servers or sending them to third-party computers. In other words, the data never leaves your local network.

Moreover, the packets of the files you copy and paste are encrypted, which is done by using the same shared keys that are established in the process of peer discovery and handshake. Since the keys that are used for encrypting the packets are ephemeral, even if an adversary captures and stores packets across the wire, they will not be able to ever decrypt them, simply because the keys are rotated every session and are not stored in permanent storage. Consequently, users who are benefiting from the Logitech Flow feature can stay safe and protected from prying eyes, especially if they are dealing with potentially sensitive user data. 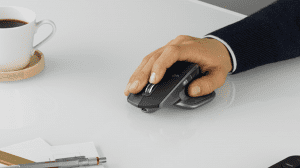 The benefits of Logitech Flow technology

In an era where a large number of people work from home, Logitech Flow plays a very important role in the efficiency and convenience of specific professions. A Logitech market analysis has revealed that more and more users have multiple devices, many of whom use their devices at the same time. One of the benefits of Logitech Flow is that it provides a solution to any professional person who works with multiple systems and displays simultaneously, allowing them to greatly benefit from the ability to seamlessly switch between devices, and avoid losing any time in the process of transferring data between different computers.

Another benefit of Logitech Flow mice and keyboards is that it is exceptionally useful for designers, who usually work with multiple PCs in the process of their designs. Those who are in the profession of editing photos and videos also use multiple screens most of the time in order to manage working full-screen on one computer while using the other one to compare their work to an original image/video. For these types of professions, the syncing of Logitech flow-enabled mouse and keyboard can help professionals avoid any interruptions in switching between the two systems, thus truly revolutionizing their work processes.

How does Logitech Flow benefit hybrid workers and non-professional users?

Since we are still dealing with the pandemic, many employees in various professions who are left to work from home can significantly benefit from using Logitech Flow technology for their home workspace. With the rise of hybrid work models in many companies and its level of popularity, Logitech Flow will stay a beneficial investment for many enterprises. Using Flow, employees can have a much more seamless experience transferring files between their work laptop, which they use at home and their work desktop computer at their office.

Even in more normal and everyday-like scenarios, people can still benefit from Logitech Flow mice and keyboards. There are a number of people who use two systems or displays at the same time to divide their entertainment and work. They use one screen for playing video games, streaming television, or keeping up on social media while having the other display on for taking care of more serious matters.  And in some cases, they might just use two screens for comparing two different products while shopping. With Flow, regardless of what you are doing on different devices, the process gets even easier as switching between two displays is seamless. 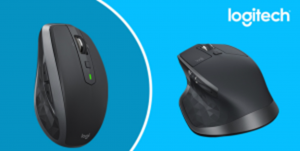 Logitech MX Master 2S and Logitech MX Anywhere 2S are two of the best Logitech flow-compatible mouse models and provide “advanced multi-device connectivity and precise sensor accuracy.” It must be noted that both Logitech flow mice come with features such as DarkfieldTM High Precision tracking, which allows you to use your mouse even on surfaces as smooth as glass. The battery life of the rechargeable batteries in these two models has also improved, increasing from 40 days in older models to up to 70 days on a full charge.

It is also worth noting that apart from Logitech MX Master 2S, and Logitech MX Anywhere 2S, there are other models of Logitech flow mice, including Logitech MX ERGO and Logitech M720 Triathlon. All of these models feature Logitech Flow technology and support up to three screens with one set of flow-enabled Logitech mouse and keyboard. The only catch is that all of your computers must be on the same wireless network in order to benefit from Flow.

The Logitech flow technology is so innovative that it almost feels like a magical capability, a feature that eliminates one of the biggest boundaries in the world of computers. It is very easy to use and is completely safe and secure, which results in more productive workplaces. By accelerating the process of your work and removing dependence on the use of cloud servers, USB transfers, and email attachments when not necessary, Logitech Flow is definitely a worthy feature that deserves our attention and investment.

If you are interested in learning more about the various Flow-compatible Logitech mouse and keyboard models Newcom offers, be sure to check out our products page. You can also always get in contact with us if you would like additional help from one of our team members.

For More Information about the products from Logitech, click here.